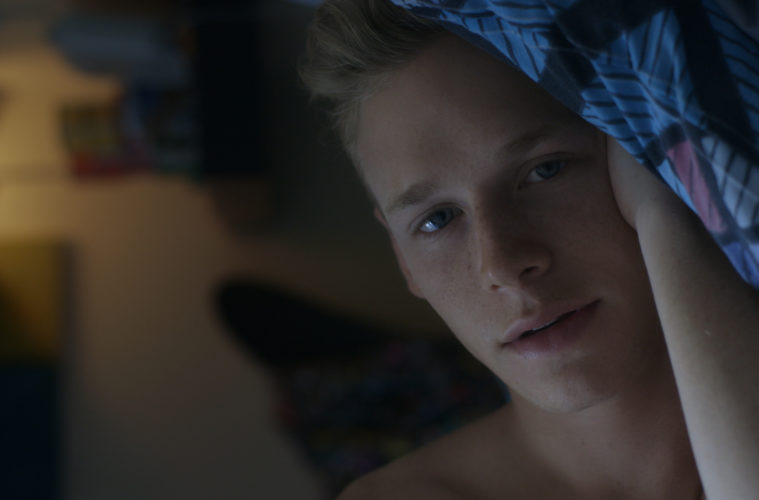 Following the batch of stills that we premiered last week, Henry Gamble’s Birthday Party — the new film from Stephen Cone (Black Box, The Wise Kids) — has premiered at the Maryland Film Festival to very positive notices. It’s nice to hear this film lives up to the promises its premise and filmmaker offer, and with it the anticipation only grows — making now a perfect time to give the first trailer a look.

And what a beautiful trailer this is. Cone’s work shows he’s rather skilled as a writer of ensembles, finding balance, harmony, and discord with an ear and (just as importantly) eye that bring tension and drama to the surface without breaking into full-blown melodramatics. Hints of that emerge in this preview, as do his interests in the sexual politics of youth — a quality echoed in early reactions — and, in terms of what’s already been stated, skills as a rhythmist. (That pregnant pause before notice of cake!) We can’t be anything but thrilled at the prospect of finally seeing it.

Two teenage boys, preacher’s kid Henry Gamble (Cole Doman) and his friend Gabe (Joe Keery), have a sleepover the night before Henry’s seventeenth birthday pool party.  Typical teenage boy chat quickly turns sexual, and it’s silently implied that Henry, on a search for identity, has a crush on Gabe. As dawn arrives on the day  of the party, Henry’s mom Kat (Elizabeth Laidlaw) wakes in a state of limbo, middle-aged, with a secret. A little while later, Pastor Bob (Pat Healy, CHEAP THRILLS) is making breakfast, and they are joined by Henry’s 19-year-old sister Autumn (Nina Ganet), home from college for the party. Later that afternoon, as guests arrive – both from the church, as well as Henry’s own  “secular” friends – and day turns to night, Henry carefully navigate the religious strictures and sexual secrets of his community, as do the adults and teenagers of the party, all struggling to tread the public and private, and their longing, despite themselves and their faith, for earthly love.

Henry Gamble’s Birthday Party will next play at BAMcinemaFest.

What did you make of this trailer? Have you been looking forward to Cone’s film?