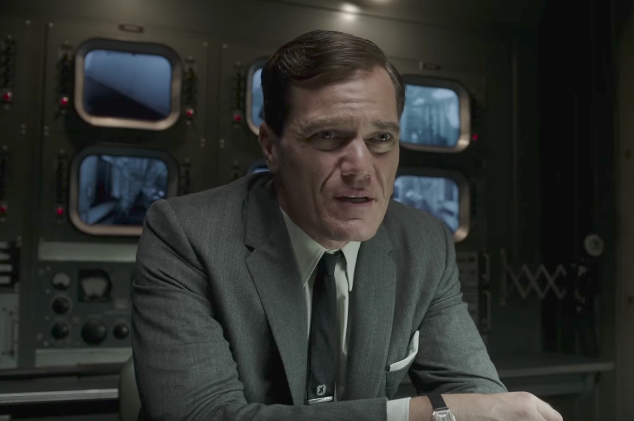 Guillermo del Toro has a habit of becoming involved with a wealth of potentially exciting projects, only for the films to eventually stall out or never get off the ground. Thankfully, del Toro was able to turn his latest film, The Shape of Water, into a reality. With an incredible cast that includes Sally Hawkins, Michael Shannon, Richard Jenkins, Doug Jones, Lauren Lee Smith, Michael Stuhlbarg, and Octavia Spencer, The Shape of Water is described as an “other-worldly story” set against the backdrop of the Cold War.

Just as he did with the criminally underseen Crimson Peak, del Toro is quick to point out that The Shape of Water is not a horror film, although like Crimson Peak and most del Toro films, it will likely have horror elements. Plot details have been kept vague, but Shape of Water co-star and frequent del Toro collaborator Doug Jones let slip some details when he spoke with Movies.com back in April.

“I’m a fish man that’s kind of a one-off,” Jones said. “I’m an enigma, nobody knows where I came from; I’m the last of my species so I’m like a natural anomaly. And I’m being studied and tested in a U.S. government facility in 1963, so the Russian Cold War is on, the race for space is on, so there’s all that backdrop and that undercurrent. I’m being tested for how can they use me for advantages in military or space travel, or my technology—can we make this usable for humans? So they’re trying to keep me a secret from the Russians.”

“Our central character is Sally Hawkins who plays a very sympathetic character, a woman you’re just going to fall in love with,” Jones added. “What she goes through…you’re going to be rooting for her every step. It’s a classic Del Toro movie where we root for an underdog in very impossible circumstances, and I’m a part of all of that in a very, very integral way. So without giving it all away, I think I just gave it all away.”

From master story teller, Guillermo del Toro, comes THE SHAPE OF WATER – an other-worldly fairy tale, set against the backdrop of Cold War era America circa 1963. In the hidden high-security government laboratory where she works, lonely Elisa (Sally Hawkins) is trapped in a life of silence and isolation. Elisa’s life is changed forever when she and co-worker Zelda (Octavia Spencer) discover a secret classified experiment. Rounding out the cast are Michael Shannon, Richard Jenkins, Michael Stuhlbarg and Doug Jones.