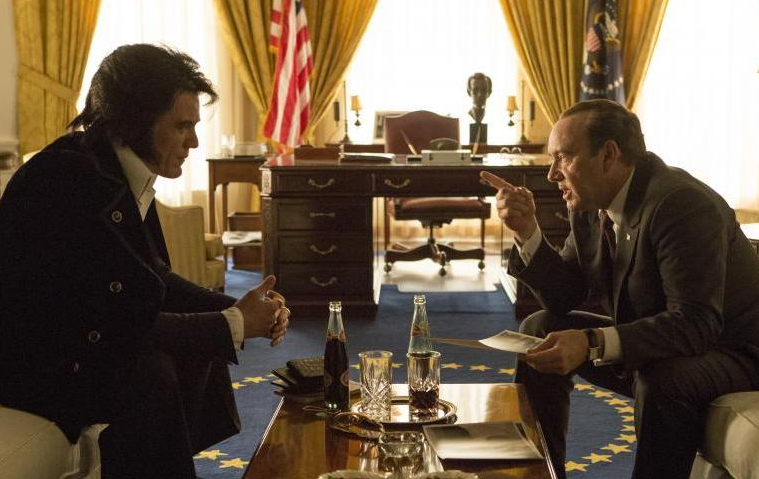 In perhaps one of the most intriguing cinematic pairings of this year, Michael Shannon and Kevin Spacey have teamed for Elvis & Nixon, an account of one particular strange meeting between a King and a President. Co-written by Cary Elwes, the picture tells of a time when Presley had the “urgent request” to be inducted into the Bureau of Narcotics and Dangerous Drugs. Driven by a hatred of the drug culture that had emerged in recent years — The Beatles being a key example — he was seeking an opportunity to enact some justice; the President, on the other hand, thought it would be a good way to communicate with younger folks.

Directed by Liza Johnson (Hateship Loveship, Return), the first trailer has now landed today ahead of a release in April. Partially appealing just to see the House of Cards star back in the White House (this time without a tinge of darkness covering the proceedings), it’s also great just to see how much fun Shannon is having with the role. Also starring Evan Peters and Colin Hanks, check out the trailer and poster below for the Amazon Studios release.