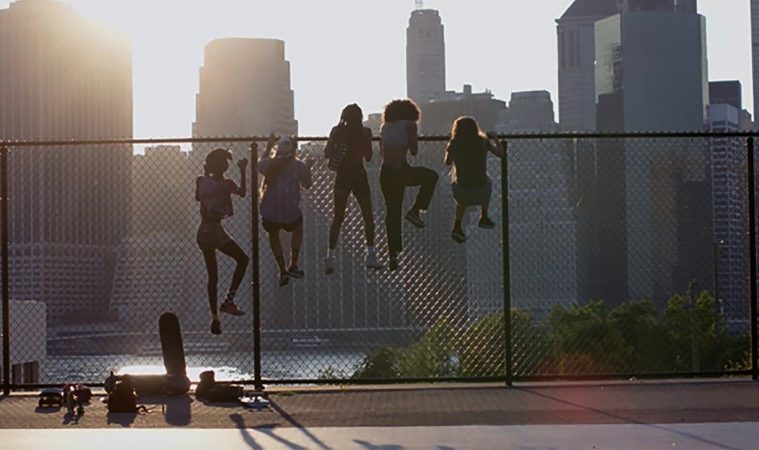 Following her breakthrough documentary The Wolfpack, director Crystal Moselle returned this year with Skate Kitchen, which uses a narrative backdrop to place us in the center of a female teen skater group–who Moselle discovered on a subway ride–all of whom exude a care-free independence as they make NYC their playground. Ahead of an August release, Magnolia Pictures have now released the first trailer for the vibrant Sundance hit.

I said in my Sundance review, “With Skate Kitchen, Moselle has crafted the rare empowering, generation-appealing film that doesn’t feel like it’s a writer decades removed talking down to the current era or someone trying too hard to capture today’s technological influence. Skating through the open city streets, there’s a freshness and energy here as we spend blissful sun-lit summer afternoons with this talented clan. If one felt American Honey was too preoccupied with depicting the socioeconomic situation of its characters and projecting their potentially doomed fate, Skate Kitchen carries a similar energy of immediacy, but resonates greater as it focuses on celebrating one’s passion and basking in the culture where they’ve found their home.”

In the first narrative feature from The Wolfpack director Crystal Moselle, Camille, an introverted teenage skateboarder (newcomer Rachelle Vinberg) from Long Island, meets and befriends an all-girl, New York City-based skateboarding crew called Skate Kitchen. She falls in with the in-crowd, has a falling-out with her mother, and falls for a mysterious skateboarder guy (Jaden Smith), but a relationship with him proves to be trickier to navigate than a kick flip.

Skate Kitchen plays at BAMCinemaFest this Saturday and opens August 10.