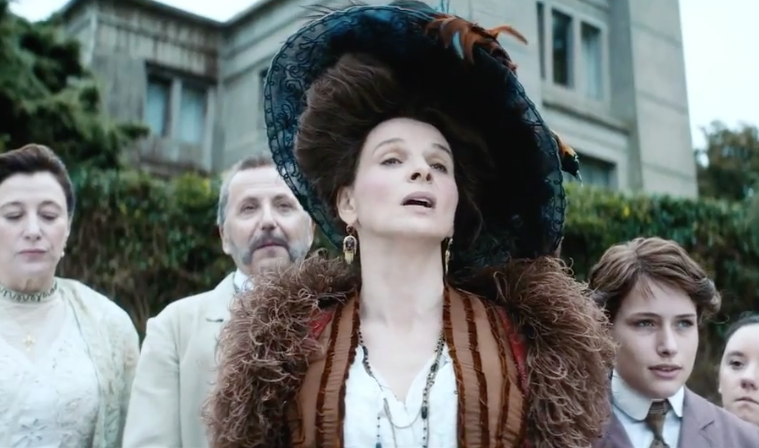 Following his epic drama Li’l Quinquin — one of last year’s most overlooked films — director Bruno Dumont returns this year with a new feature, and while it may be on the smaller scale, it looks to have just as much of his personality. One of our most-anticipated films of the year, Ma Loute (aka Slack Bay) is described as a quirky, dark period comedy following an investigation into a series of mysterious disappearances on the beaches of northern France.

Led by his Camille Claudel star Juliette Binoche, Fabrice Luchini, and Valeria Bruni Tedeschi, the first trailer has now arrived. Even without subtitles as of now, one can see a number of visually inventive scenarios and strong personalities across the ensemble. With a debut in France in early May, this one is all but confirmed for the Cannes Film Festival, so as we await the official news, check out the trailer below, along with the synopsis and poster.

Update: Check it out below, now with English subtitles (via Keyframe Daily).

Several tourists have vanished while relaxing on the beautiful beaches of the Channel Coast. Infamous inspectors Machin and Malfoy soon gather that the epicentre of these mysterious disappearances must be Slack Bay, a unique site where the Slack river and the sea join only at high tide.

There lives a small community of fishermen and other oyster farmers. Among them evolves a curious family, the Bréfort, renowned ferrymen of the Slack Bay, lead by the father nick-named “The Eternal”, who rules as best as he can on his prankster bunch of sons, especially the impetuous Ma Loute, aged 18.

Towering high above the bay stands the Van Peteghems’ mansion. Every summer, this bourgeois family – all degenerate and decadent from inbreeding – stagnates in the villa, not without mingling during their leisure hours of walking, sailing or bathing, with the ordinary local people, Ma Loute and the other Bréforts.

Over the course of five days, as starts a peculiar love story between Ma Loute and the young and mischievous Billie Van Peteghem, confusion and mystification will descend on both families, shaking their convictions, foundations and way of life. Ma Loute will open in France on May 11th.