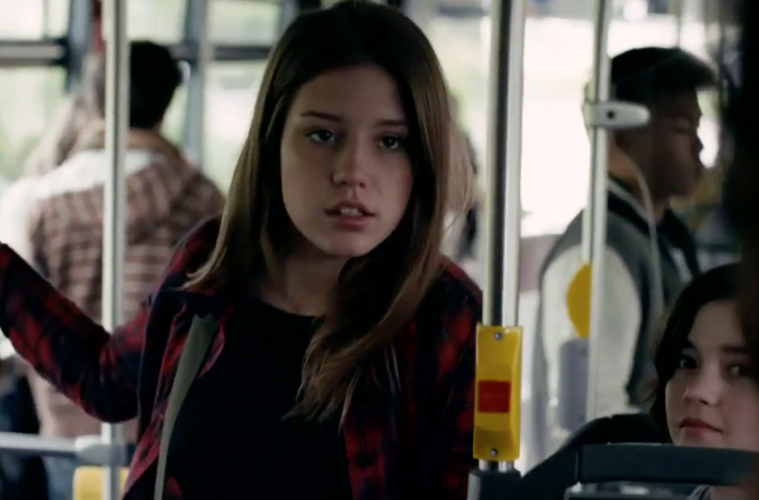 “On screen for nearly all of Blue is the Warmest Color‘s three-plus hour runtime, few performances — breakthrough or not — this year are as transfixing as that of Adèle Exarchopoulos,” we said in last year’s rundown of the best breakthrough performances. While the actress has set her first major English-language project with Sean Penn‘s The Last Face, we now have the first look at her next film out of France.

Directed by Marianne Tardieu, Insecure follows Chérif (Reda Kateb, seen in Zero Dark Thirty and A Prophet) who is struggling to pass the entrance exam for nursing school and takes on a side job as a security guard. On duty there, he faces off with a group of hostile teenagers who constantly harass him, and gradually ends up an accomplice to a robbery gone wrong. While there’s unfortunately no subtitles, one can get a sense of the relationship between the Blue star and Kateb’s character in the first trailer below, as well as see a teaser poster.

Update: Trailer and poster removed at the request of the sales agent, UDI (urban distribution intl.).

Insecure will be released in France this year and doesn’t have U.S. distribution yet.