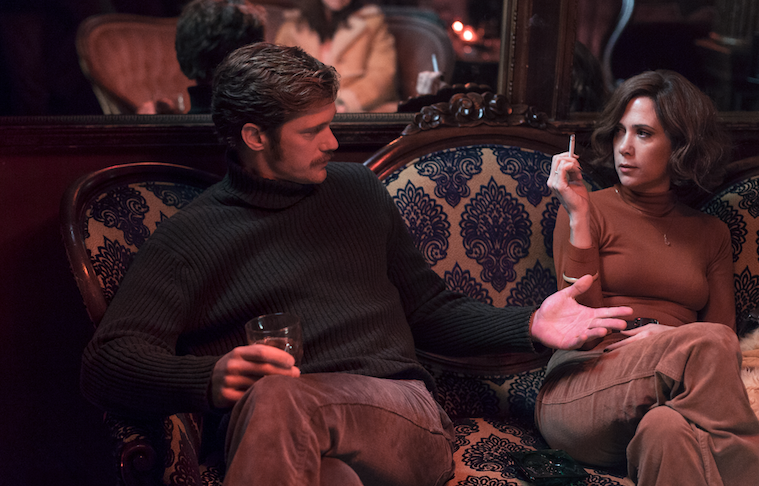 While we’ve seen countless coming-of-age films from a male perspective, it’s unfortunately much rarer we get an authentic portrayal from the female side. This summer thankfully brings a must-see one as Marielle Heller‘s debut The Diary of a Teenage Girl will arrive in August following much acclaim at Sundance Film Festival. Ahead of an August debut, we now have the first trailer thanks to Sony Pictures Classics.

Based on Phoebe Gloeckner‘s 2002 graphic novel of the same name, Heller’s adaptation is set in San Francisco during the 1970s and follows Minnie Goetze (Bel Powley), a young teenage girl experimenting with her sexuality, drugs, and more.

We said in our glowing review out of Sundance, “One doesn’t need to be a female or have had intercourse with their mother’s boyfriend to connect with The Diary of a Teenage Girl. This seemingly wild story, including drugs and plenty of sex before the age of 18, is actually fairly universal. Seeing the world through Minnie’s eyes holds one’s attention from beginning to end, but once one exits the theater, it’s impossible not to reflect on the decisions we’ve all made as a teenager — namely the mistakes.”

Check out the trailer below for the film also starring Kristen Wiig, Alexander Skarsgård, and Christopher Meloni.

Update: See the U.K. version below.

Based on the acclaimed graphic novel by Phoebe Gloeckner, The Diary of a Teenage Girl recounts the coming-of-age adventures of Minnie Goetze, a San Francisco teenager growing up in the counterculture haze of the 1970s.

Lonely and artistic, Minnie chronicles her trials through expressive drawings and painfully honest missives confided to a tape recorder. One fateful evening alone with her mother’s boyfriend, Minnie is confronted with her burgeoning sexuality for the first time, and suddenly this precocious teen is in way over her head.

In an astonishing feature debut, writer/director Marielle Heller renders a hybrid of live-action and animation, offering a subtle, detailed window into the psyche of a bright, young woman. Brimming with wit and intelligence, and spurred by exquisite performances from Alexander Skarsgård, Kristen Wiig, and a star-making turn by Bel Powley as Minnie, The Diary of a Teenage Girl captures the anxiety, passion, and wonder of adolescence.

The Diary of a Teenage Girl opens on August 7th.