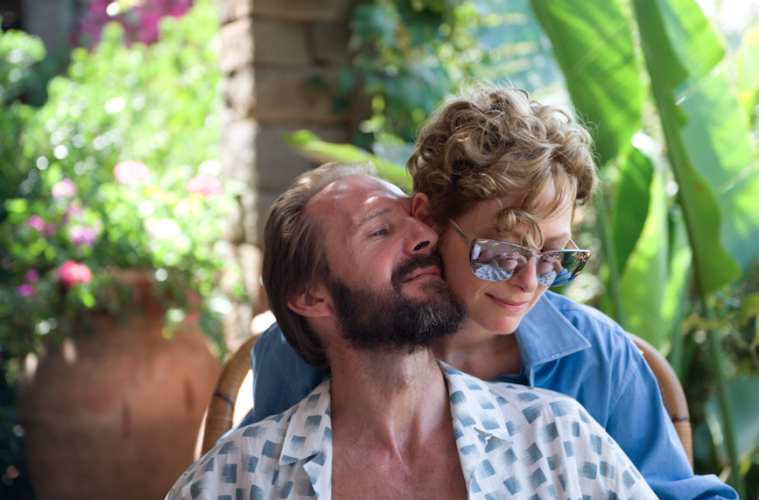 While most fall festival premieres are awaiting a release date or even acquisition, we know when we’re getting one of our favorites, but it’s unfortunately a long wait. Luca Guadagnino‘s highly anticipated follow-up to I Am Love, A Bigger Splash, will get a May 2016 release from Fox Searchlight, but thanks to a U.K. release in February, the first trailer has now dropped. Starring Tilda Swinton, Ralph Fiennes, Dakota Johnson, and Matthias Schoenaerts, the drama is an updated on Jacques Deray‘s La Piscine as we follow a pair of couples on the island of Pantelleria.

One of our favorite films of Venice, we said in our review, “Despite a loose script that justifies little, Italian director Luca Guadagnino’s follow-up feature to his glorious melodrama I Am Love is a sweaty, kinetic, dangerously unpredictable ride of a film. One is frustrated by the final stroke of genius that never came, but boy was it fun to spend two hours inside such a whirlwind of desires, mind games, delirious sights and sounds. Based on the 1969 French drama La piscine (The Swimming Pool), the story essentially begins as Marianne (Tilda Swinton) and Paul (Matthias Schoenaerts) – a couple vacationing on an Italian island – get an unexpected visit from her former lover and record producer Harry (Ralph Fiennes), along with his daughter Penny (Dakota Johnson). Harry, a raging bohemian who still harbors affections for Marianne, and Penny, a confident Lolita-type who has her sights set on the hunky Paul, will make sure feelings old and new get kindled, leading to frictions that may end up being more than harmless.”

Rock legend Marianne Lane is recuperating on the volcanic island of Pantelleria with her partner Paul when iconoclast record producer and old flame Harry unexpectedly arrives with his daughter Penelope and interrupts their holiday, bringing with him an A-bomb blast of nostalgia from which there can be no rescue.

A BIGGER SPLASH is a sensuous portrait of desire, jealousy and rock and roll, under the Mediterranean sun.