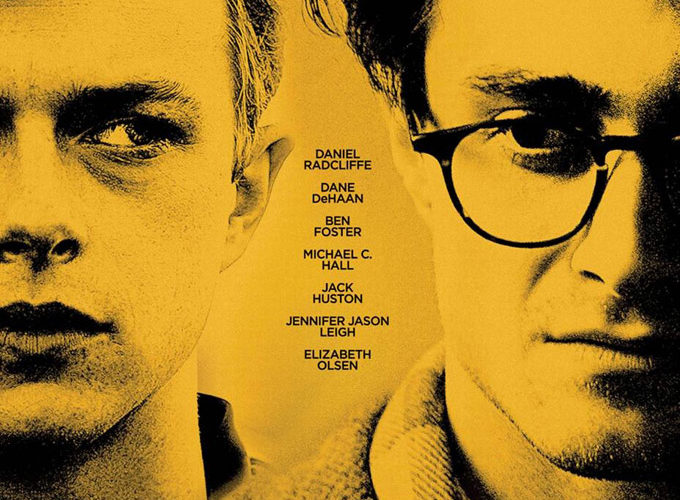 One has to give it to Daniel Radcliffe for pursuing post-Harry Potter roles that are far removed from anything to do with the scope of that WB blockbuster saga. He’ll bring three separate features to Toronto International Film Festival, including Alexandre Aja‘s wild-looking Horns, the comedy The F Word and, following a Sundance premiere, his Beat Generation era drama Kill Your Darlings.

Directed by John Krokidas, we were mostly fans of the drama, saying,”fast-paced and full of energy, Kill Your Darlings does its very best to expose the importance of the Beat movement and the individual importance of all those involved. Ginsberg, Burroughs and Kerouac are each given their origin stories, the three young men growing up around the tragedy of Lucien Carr and David Kammerer.” We added that, “despite its snappy direction – impressive considering this is Krokidas’ feature debut – and solid performances, the investment in these characters as real human beings never fully lands.”

Ahead of a showing at Venice Film Festival, we’ve now got the first trailer and full clip, which paint a snappy, exciting portrait of this specific era, before transitioning to darker territory. The drama will be landing in theaters in October, so there’s not much time to wait and one can check out everything below, including the poster, for the film also starring Dane DeHaan, Jack Huston, Michael C. Hall, Ben Foster, David Cross, Jennifer Jason Leigh, Elizabeth Olsen, Kyra Sedgwick and John Cullum.

Update: The official trailer is now live and can be seen below.

In this dynamic portrait of the early days of the Beat Generation, a young Allen Ginsberg (Daniel Radcliffe) and William S. Burroughs (Ben Foster) become embroiled in the notorious 1944 murder of Burroughs’ childhood friend David Kammerer by the object of his affection, the Rimbaudian Beat muse Lucien Carr.