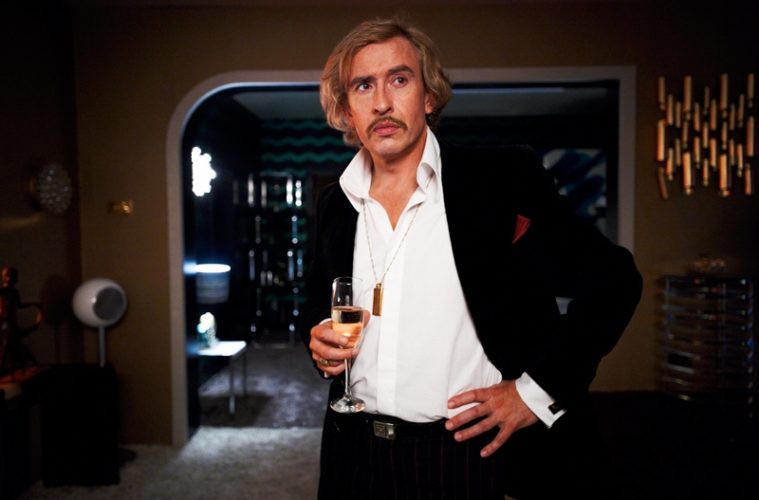 We recently got the reunion of the prolific Michael Winterbottom and his 24 Hour Party People star Steve Coogan with the hilarious The Trip and even though the director premiered two films in the interim, the duo are back again in a new biopic. Previously going under the name King of Soho, the film follows Coogan as British strip club owner and “pornographer” Paul Raymond, who found himself in an extreme position of power during the late ’50s and early ’60s — all as he possessed much of London’s West End.  With another Tom Hiddleston-led film taking the previous name, Winterbottom’s project is set to debut next spring and now we’ve got a new title.

Empire has all the details for the film now titled The Look of Love, as well as the first photos and poster. In addition to promising “lots of naked ladies,” Coogan said “it’s a very British story about an about an eccentric character at the centre of pivotal events in British culture.” Showing his love for the film, he said “it has that strange combination of comedy and tragedy that Michael Winterbottom manages to pull off with a real deftness of touch.” Check out the images and poster above and below for the film also starring Anna Friel, Imogen Poots, Matt Lucas, Stephen Fry and David Walliams. The Look of Love hits UK theaters on March 8th, 2013 with no US release date set yet.