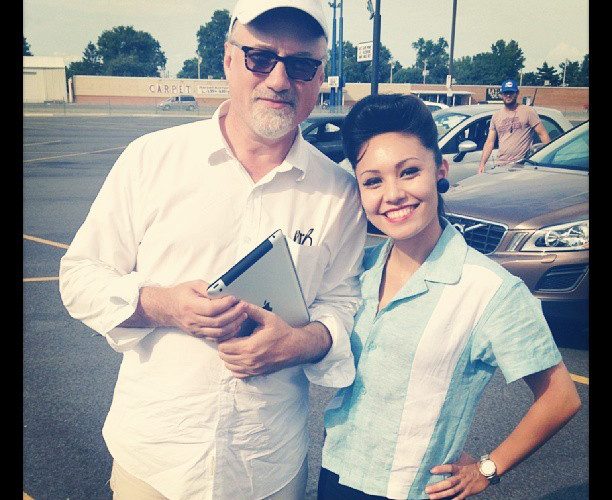 Last night David Fincher got halfway to his EGOT (yet still Oscar-less), securing an Emmy for his directing gig on House of Cards, and he had perhaps the best reason possible for skipping out on the ceremony: following up The Girl with the Dragon Tattoo, the director is currently on location in Cape Girardeau, Missouri, shooting Gone Girl.

While Gillian Flynn‘s novel mainly takes place in the fictitious North Carthage, the director was about five hours east of Carthage, spotted shooting exteriors and a scene with lead actress Rosamund Pike. As we know, Ben Affleck will play Nick Dunne, whose wife, Amy (Pike), mysteriously disappears on their wedding anniversary, while Tyler Perry is Tanner Bolt, the attorney of Affleck’s character. Connecting the dots, a local paper, who spoke with producer Cean Chaffin, confirms that Neil Patrick Harris will play Amy Dunne’s ex-boyfriend, Desi Collins, a character who heavily figures into the third act.

With shooting continuing on location until October, one can see the first stills below, which includes Pike (and seemingly her double) placing a call. We’ve also got a local news report that shows video of Fincher hard at work, as well as some talk of Ben Affleck arriving to town. Lastly, Flynn stopped by Jimmy Fallon, where she reveals she had Fincher in her mind to direct the adaptation while she was writing. [SeminMissourian/WMCTV/PaulStine/KiraWebster]