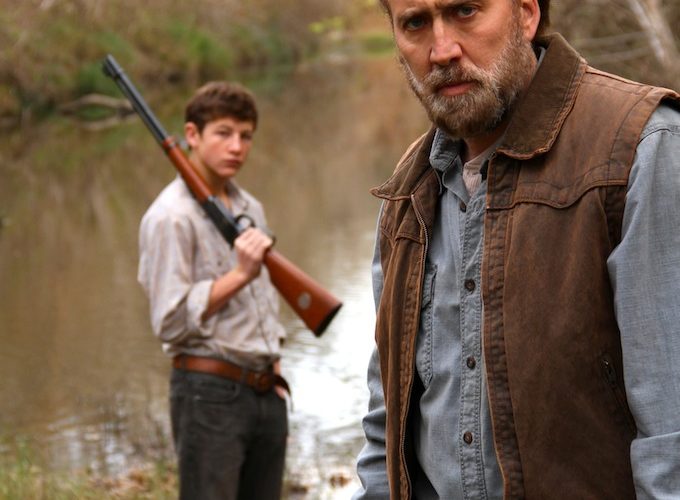 After a string of studio comedies, David Gordon Green has finally returned to the independent arena, debuting his latest project Prince Avalanche at Sundance last month. With the majority of the film featuring just Paul Rudd and Emile Hirsch out in the wilderness, we were fans of the dramedy, praising its strong heart and signaling a return to form for Green.

The helmer has now already completed another film, an adaptation of Larry Brown‘s novel Joe and we’ve got the first look today. Featuring a bearded Nicolas Cage and a gun-toting Tye Sheridan (The Tree of Life) in the woods, the image comes from The Playlist. This one looks to signal another career shift for Green, moving away from the lighthearted nature of his recent film and getting into darker crime territory. Check out the image below, as well as the synopsis, for the film also starring Ronnie Gene Blevins.

In the dirty unruly world of small-town Texas, ex-convict Joe Ransom (Cage) has tried to put his dark past behind him and to live a simple life. He works for a lumber company by day, drinks by night. But when 15-year-old Gary (Sheridan) – a kid trying to support his family – comes to town, desperate for work, Joe has found a way to atone for his sins – to finally be someone’s hero. As Joe tries to protect Gary, the pair will take the twisting road to redemption in the hope for a better life in this tough, hard-hitting but incredibly moving story. Expect a 2013 release for Joe and Prince Avalanche.