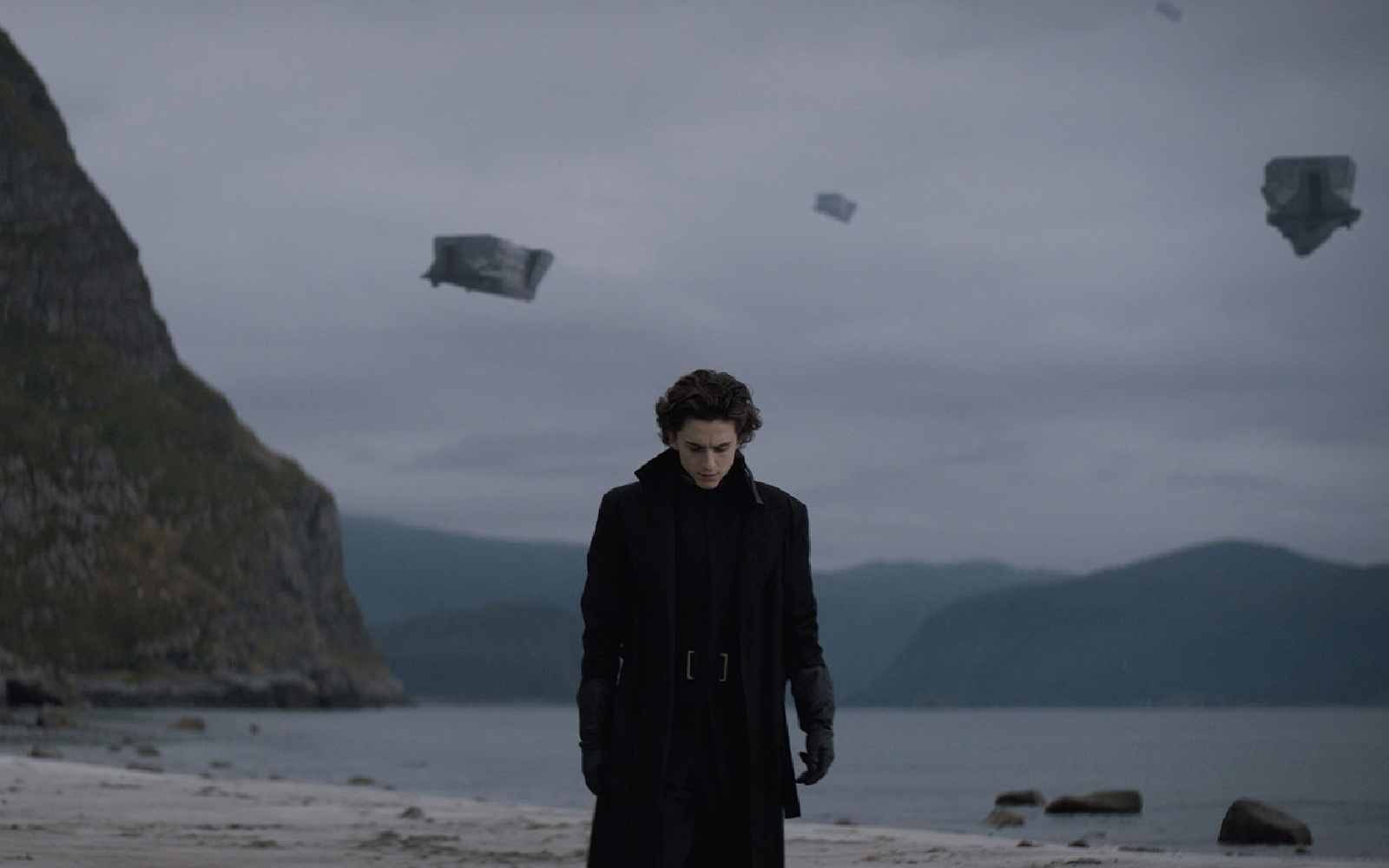 Update: See the first look at the Dune ensemble here.

The Call Me By Your Name star plays Paul Atreides in the film–scripted by Eric Roth, Jon Spaihts and Villeneuve–and in the image we see him preparing to depart the seaside world of Caladan to the desert planet of Arrakis, inherited by his wealthy family.

“The immediately appealing thing about Paul was the fact that in a story of such detail and scale and world-building, the protagonist is on an anti-hero’s-journey of sorts,” Chalamet tells Vanity Fair, who revealed the first look. “He thinks he’s going to be sort of a young general studying his father and his leadership of a fighting force before he comes of age, hopefully a decade later, or something like that.”

See the official synopsis below.

Of course, for those who haven’t read the book, we won’t spoil anything beyond that, so for now, see the first look and logo below for the film shot by Greig Fraser (Rogue One, Foxcatcher), and check back tomorrow for more.