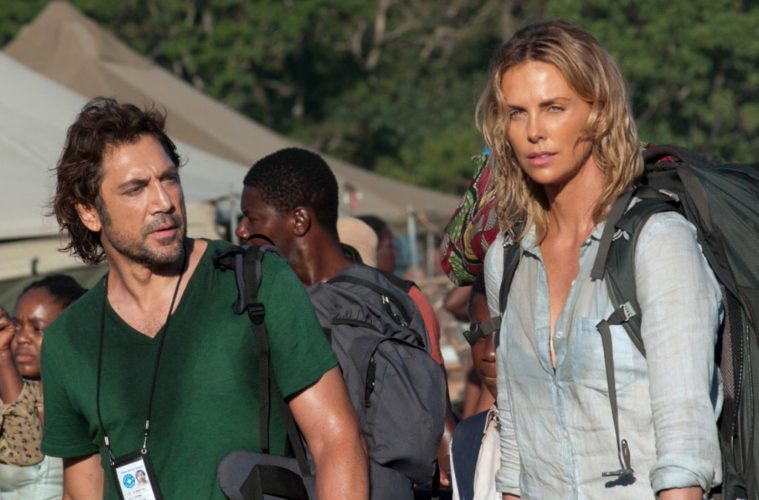 It’s been nearly a decade since Sean Penn‘s last directorial feature, Into the Wild, and 15 years since he last stopped by Cannes with his own film (The Pledge), but he’ll be back next month. The Last Face, which stars Charlize Theron, Javier Bardem, Adèle Exarchopoulos and Jean Reno, has been selected to premiere in competition at Cannes Film Festival, and today the first look has arrived.

Below, one can see Theron, who plays the director of an international aid agency in Africa, who meets a relief aid doctor (Bardem) during a political/social revolution. In the situation, they are presented with difficult choices when it comes humanitarianism amidst civil unrest. Penn is certainly no stranger to injecting politics into his cinema, so hopefully this one turns out more interesting that the last time he was on screen with The Gunman. Check back for our review next month from the festival, which kicks off on May 11th.