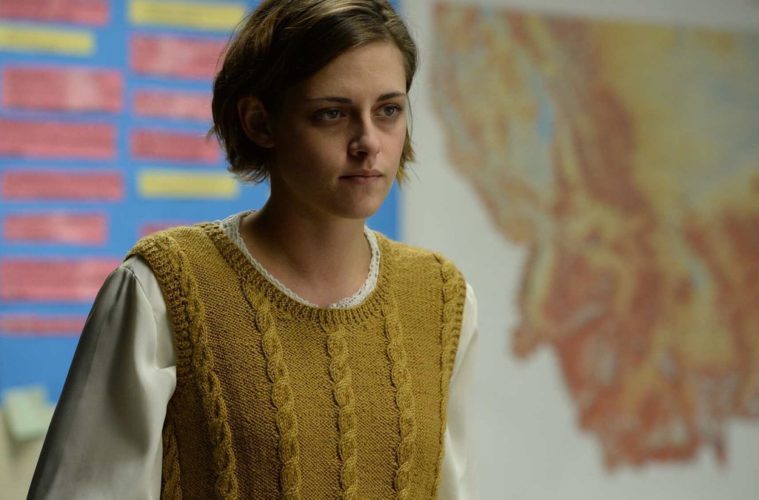 On October 14th, you will not only get to see one of our most-anticipated films of the fall, Park Chan-wook‘s The Handmaiden, but one of the best films we saw at Sundance this year: Kelly Reichardt‘s Certain Women. It tells three (very loosely connected) stories, and, today, we have a batch of new images from the IFC Films release. Featuring Michelle Williams, as well as providing our first look at Laura Dern, Kristen Stewart, Lily Gladstone, James LeGros, and Jared Harris, they give a much better idea for what to expect in the drama.

As I said in my review, “The cinema of Kelly Reichardt lives in quiet, tender observations with deeply rooted characters and location. Even when adding a thriller element as with her last feature, the overlooked Night Moves, her style is never compromised. Her latest feature, Certain Women, is a loosely connected three-part drama adapted from the short stories of Maile Meloy. It’s perhaps the purest distillation of her sensibilities yet as she patiently explores the longing for human connection in a world where men too often get prioritized.”

Check out all the new images below, along with a pair of video essays on Reichardt’s work, and her recently published talk at the Film Society of Lincoln Center for Night Moves. One of America’s foremost filmmakers, Kelly Reichardt (Wendy and Lucy, Meek’s Cutoff) directs a remarkable ensemble cast led by Michelle Williams, Kristen Stewart, and Laura Dern in this stirring look at three women striving to forge their own paths amidst the wide-open plains of the American Northwest: a lawyer (Dern) who finds herself contending with both office sexism and a hostage situation; a wife and mother (Williams) whose determination to build her dream home puts her at odds with the men in her life; and a young law student (Stewart) who forms an ambiguous bond with a lonely ranch hand (radiant newcomer Lily Gladstone). As their stories intersect in subtle but powerful ways, a portrait emerges of flawed, but strong-willed individuals in the process of defining themselves.