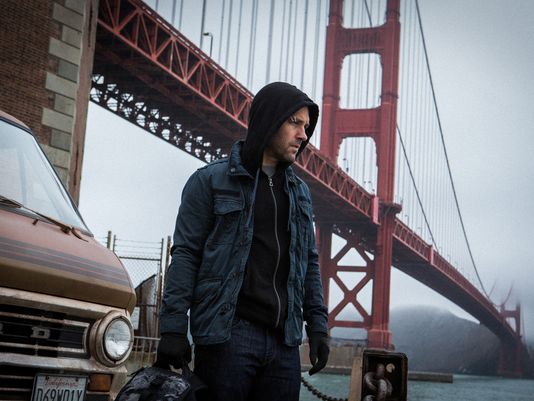 With a new director on board, Marvel has kicked off production on their latest superhero tentpole Ant-Man with just under eleven months to go until a release. Coming from Peyton Reed (Yes Man, Bring it On), the studio has not only announced an expanded cast, but have also dropped the first official image.

Seen above (from USA Today) one can see Paul Rudd as our hero Scott Lang aka Ant-Man, who is among a cast that also includes Michael Douglas as his mentor Dr. Hank Pym, Evangeline Lilly as Hope Van Dyne, daughter of Hank Pym.

Also among the ensemble is Corey Stoll, Bobby Cannavale, Michael Peña, Abby Ryder Fortson, Judy Greer, David Dastmalchian, Wood Harris, John Slattery, T.I., and the esteemed On Cinema co-host Gregg Turkington. While there’s no details on the roles of the newly added thespians, one can see the synopsis below as production continues throughout the year.

Armed with the astonishing ability to shrink in scale but increase in strength, con-man Scott Lang (Paul Rudd) must embrace his inner-hero and help his mentor, Dr. Hank Pym (Michael Douglas), protect the secret behind his spectacular Ant-Man suit from a new generation of towering threats. Against seemingly insurmountable obstacles, Pym and Lang must plan and pull off a heist that will save the world.