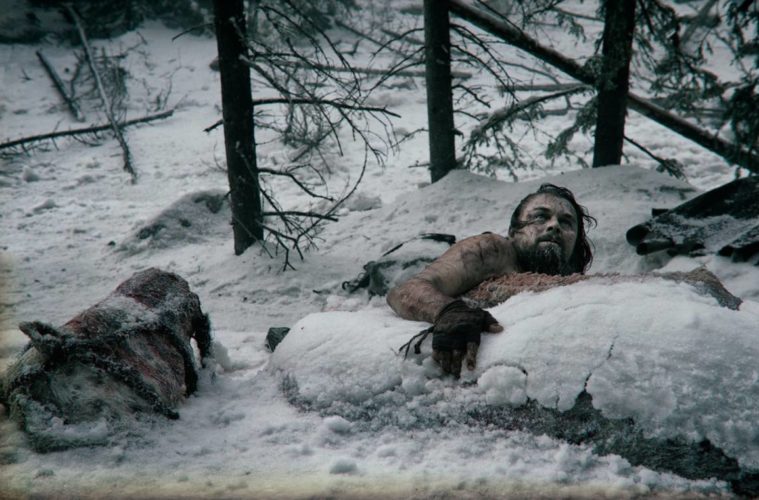 New to Streaming: ‘The Revenant,’ ‘James White,’ ‘A Brighter Summer Day,’ ‘The Pearl Button,’ and More

It starts off with a late night dinner scene between a quintet of cops telling crazy stories and losing their temper with the help straight out of a Tarantino movie and continues on its descent to hell with a writhing, mashing, sexual bloodletting orgy calling to mind E. Elias Merhige’s Begotten. This is Can Evrenol‘s debut feature Baskin (adapted from his own short of the same name), a journey to the depths of despair that’s at once nightmare, memory, and horrific present of unimaginable suffering. Only one glimpse of the hooded master (Mehmet Cerrahoglu) and his bucket of flesh is necessary to earn your place at the sacrificial black mass hidden within the woods and desperate for blood. Summoned or not, these police officers were destined to attend. – Jared M. (full review)

One of the most-requested Criterion releases finally arrived this week. Edward Yang‘s four-hour coming-of-age/crime drama A Brighter Summer Day is now beautifully restored in 4K for one of the most essential Blu-rays of the year. Having recently had the chance to see it in a theatrical setting (for the first time), I was enthralled by the experience, as if genuinely getting wrapped up in a great novel, peppered with countless details that I look forward to revisiting. While it’s now available to stream, the physical release comes with audio commentary from Tony Rayns, an interview with Chen Chang, a feature-length documentary on New Taiwan Cinema, and more. – Jordan R.

Get a Job (Dylan Kidd)

If you believe everyone looks a bit younger than normal in Get a Job, you are not mistaken. Shot back in 2012, the latest film from Dylan Kidd (Rodger Dodger, P.S.) was going through undisclosed behind-the-scenes struggles that led some of its stars to believe it may never see a release, but it’s now been quietly let loose on VOD. Starring Miles Teller, Anna Kendrick, Bryan Cranston, Alison Brie, Christopher Mintz-Plasse, Marcia Gay Harden, John Cho, John C. McGinley, Nicholas Braun, Brandon T. Jackson, and more, it follows a group of recent graduates attempting to cope with the current (or 2012, rather) job market. – Jordan R.

In the five months found within James White, our title character is at the most difficult chapter of his life thus far. He’s grieving the loss of his father and attempting to assist his ailing mother, and the drama authentically depicts the brutality of that process. After producing the gripping Sundance dramas Martha Marcy May Marlene and Simon Killer, Josh Mond diverts in some ways with his directorial debut. While providing yet another intimate character study of a fractured individual, James White also has a perhaps unexpected, enveloping warmth.While lesser, perhaps more commercial films might shy away from the actual process of decay and loss, Mond displays no fear in vividly walking us through the bleak events in James White’s journey. – Jordan R. (full review)

Kill Your Friends is a pungent, thoroughly hollow failure as a comedy, a “thriller,” and a document of a fascinating era in modern pop music. That it is watchable at all is a testament to the talents of Nicholas Hoult, who stars as relentlessly unlikable, circa-1997 A&R rep Steven Stelfox. Within the first few moments of meeting him, Steven has explained that art and talent are meaningless to the on-the-make music exec. Making money is what matters, and by any means necessary. Director Owen Harris clearly expects us to be shocked by that revelation, failing to realize the audience has heard such pronouncements for decades. In fact, we have seen and heard every moment of Kill Your Friends in other, better movies. It is not clever or surprising, it is not funny or “outrageous.” – Chris S. (full review)

Fitting more ideas into 80-or-so minutes than many films could even hope in twice that runtime, Patricio Guzmán’s The Pearl Button is alternately dense and breezy, an examination of the most common pices of existence — from water to crime to pontificating the possibilities of outer space — that doesn’t pretend to have the answers. Guzmán instead “settles” for a mix and match of visual and aural materials, at once creating a unified vision of a world out of order while hoping (even reaching) for something better in the cosmos. What can be learned is up to you. – Nick N.

Despite most of the conversation surrounding Leonardo DiCaprio and his various on-set ordeals, Emmanuel Lubezki is irrefutably the star of The Revenant, capturing the unspoiled back country with a brisk, arresting touch. From the first action set piece, we’re immersed in the feral surroundings. A calm, patient shot moving across a brook, presenting the title, and curving up to Glass on the hunt serenely places us into his environment. When transitioning back to the camp, we meet only a few of the frontiersman in an unbroken take before an arrow bolts out of the woods, striking a man through the chest. Native Americans descend down from the hills surrounding the camp, with Lubezki’s camera hovering in and out of trees and freshly deceased bodies during the clash. In this thrilling opener, one is struck by the rare level of scale and immediacy on display. The majority of shots to follow — from vast vistas of snow-touched mountains to torches illuminating the darkness of a forest — are jaw-dropping. There’s even a glimmer of subtle optimism in visual cues, such as light peeking through the background in a moment of ultimate retribution. If you’re going to see this one, do it on the biggest screen imaginable. – Jordan R.

A Promise
The Forbidden Kingdom