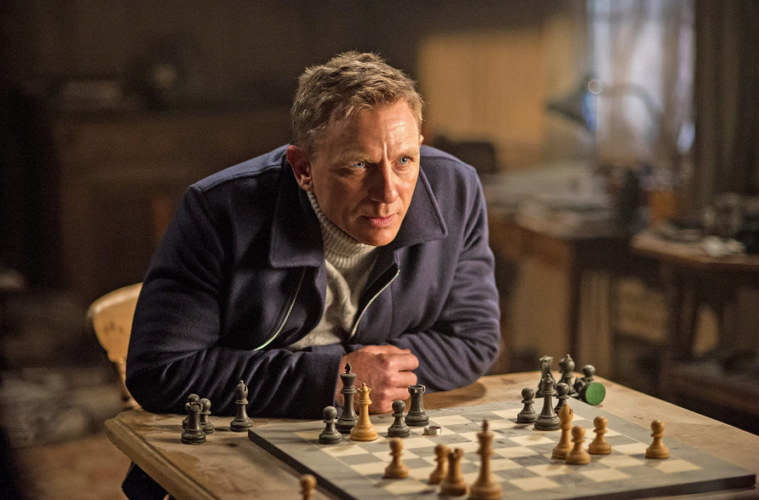 While there seems to be endless talk about who will be the next James Bond, we’re still quite a ways off from a decision. However, we’ll likely see Daniel Craig return for at least one more following this year’s Spectre. “It’s getting harder. But such is life. I’ll keep going as long as I’m physically able,” he tells Daily Mail. “I’m contracted for one more – but I’m not going to make predictions.” He adds with a laugh that “it’s getting easier because I’m doing less [stunt work]. I’ve got so many good doubles.”

That’s certainly apparent in the final trailer for the film, which is brief, but shows off a bit more of the action. With Craig returning alongside Rory Kinnear as Tanner, Ben Whishaw as Q, Naomie Harris as Moneypenny, and Ralph Fiennes as M, they welcome newcomers Andrew Scott as Denbigh (part of MI5), Guardians of the Galaxy star Dave Bautista as henchman Mr. Hinx, Monica Bellucci as Bond girl Lucia Sciarra, along with Léa Seydoux as Madeleine Swann, as well as Christoph Waltz as Oberhauser.

Check out the trailer below and as for Bond 25, perhaps one can give Denis Villeneuve a ring, as he tells Coming Soon: “I’m just attracted to try to do different things, and I was very excited to make a movie that required more action. I was raised with James Bond. I love James Bond movies. I would love to do a James Bond movie one day. Action is very cinematic. I’m not someone that loves dialogue – I am someone that loves movement. Action, if it’s well done, can be very poetic and meaningful.”

Meanwhile back in London, Max Denbigh (Andrew Scott), the new head of the Centre for National Security, questions Bond’s actions and challenges the relevance of MI6, led by M (Ralph Fiennes). Bond covertly enlists Moneypenny (Naomie Harris) and Q (Ben Whishaw) to help him seek out Madeleine Swann (Léa Seydoux), the daughter of his old nemesis Mr White (Jesper Christensen), who may hold the clue to untangling the web of SPECTRE. As the daughter of an assassin, she understands Bond in a way most others cannot.

As Bond ventures towards the heart of SPECTRE, he learns of a chilling connection between himself and the enemy he seeks, played by Christoph Waltz.