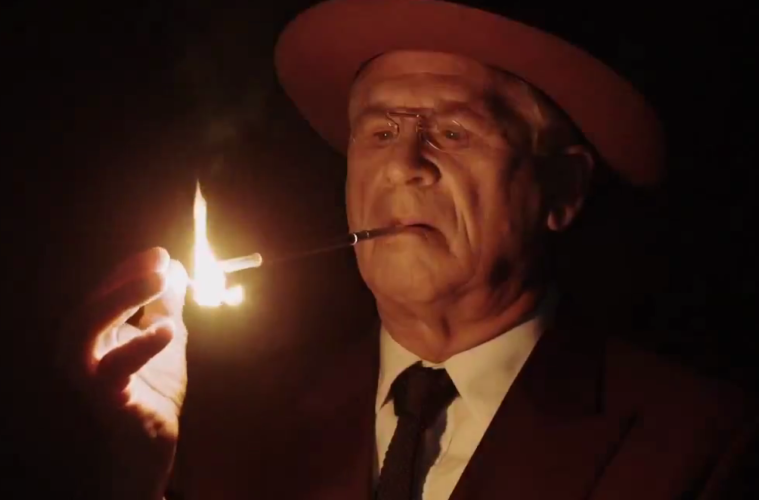 This June, we will see Abraham Lincoln take on a horde of undead bloodsuckers in Abraham Lincoln: Vampire Hunter. But he’s not the only President with an axe to grind with the supernatural this year. The official red band trailer for FDR: American Badass! has been released onto a very unsuspecting public. Mixing horror and history with tongue firmly planted in cheek, it stars Barry Bostwick as the legendary New Deal-creating President who embarks on a blood-covered trail of revenge against the Werewolf Nazis who infected him with Polio. I’m really not making this up guys, but if you need further proof check out the trailer below:

Joining Bostwick in is Ray Wise who plays General Douglas MacArthur, Paul Ben Victor as Italian tyrant Mussolini (also a werewolf), and Kevin Sorbo as Abraham Lincoln. Yes guys, we’re actually getting three different Lincolns this year and if I say so myself, I think Hercules is going to give Daniel Day-Lewis a run for his money.

This is a painfully obvious attempt to jump on the coattails of Abraham Lincoln: Vampire Hunter but you can’t deny it’s tackling the material with gusto. Bostwick had me rolling with laughter through that trailer with his portrayal of FDR and I love the (done many times before) idea of werewolf Nazis. Simply put, everyone involved looks committed to making the most insane movie of 2012 and I am chomping at the bit to see the finished product. A wheelchair outfitted with guns? A deranged FDR yelling “FUCK POLIO!” while covered in blood? KEVIN SORBO AS ABE LINCOLN?!? It’s like this movie was made for me.

FDR: American Badass!, directed by Garrett Brawith, has no release date set but to be brutally honest I doubt you’ll see it in theaters. I don’t think the masses can handle this.

Thoughts on FDR: American Badass? Does it look like a fun B-movie or a project that looks absolutely desperate for B-movie cred? Will the UWL (United Werewolf League) be up in arms about being blamed for Polio?