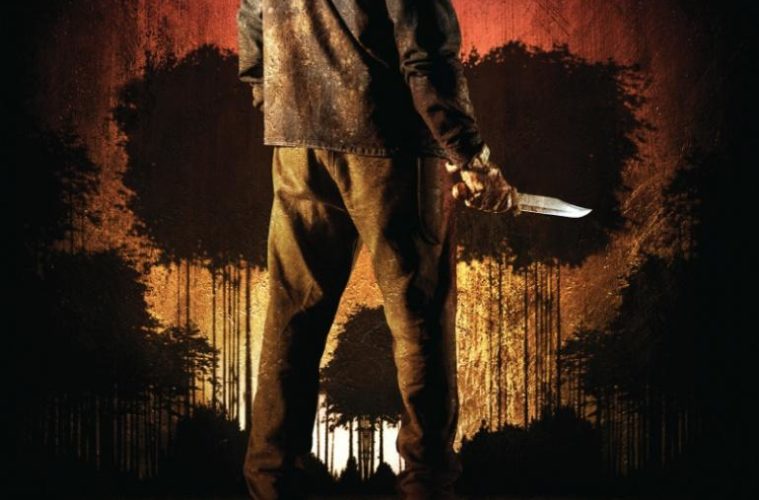 While its tone wildly varies, when it comes to the glut of horror remakes, Alfonso Gomez-Rejon‘s new spin on The Town That Dreaded Sundown is a slight step ahead of the standard batch. This is a brutal and dark slasher flick that also has time–perhaps to its detriment–to be intensely sweet at times. Building characters that one roots for, the film drops in elements that messes with their world and also maintains a duality where pop-rock music can introduce a character that is brutally murdered just minutes later. In a way it can feel refreshing, but it can often leave one mystified about what the film is trying to achieve. This pseudo-documentary-meets-slasher-flick surrounds real murders and isn’t afraid to crib off of those famous Texarkana killings and the original movie it inspired.

Set in the present day, Addison Timlin anchors a strong cast with her sweet, small-town girl looks and innocence. She’s the nerdy girl that many kids don’t talk to much, but when she is asked out by the local high school football star her life is utterly shattered. The night starts innocently enough, but quickly turns violent when a new copy cat killer known as The Phantom decides to strike. She’s left with a message — one the local cops want to corral from the press — that she is to redeem a woman named “Mary.” Given her task, she is told that the murders will continue until she spreads the word. Naturally, she becomes a bit of a sleuth herself and attempts to solve the crime and keep the sleeping demons of Texarkana in their place.

The film is shot with soft lenses to give it a timeless look and feel to directly relate it to the original. Even much of the townfolk dress in clothing you’d figure would be from the 60’s and 70’s, making this an oddity of a film that occupies a space wholly created within the frame. The Internet exists, but you rarely see a cellphone until it plays an integral part in the film. Complete with cars that seem a few generations old, this film seems to enjoy playing with a fictional world where the old and the new are mingled in ways one necessarily wouldn’t expect.

The real highlight here is certainly the cinematography from Michael Goi, as he welcomes lens flares from streetlights, stop lights, and more. There are other set-ups, like a mirror shot of Timlin in a bath/shower combo that come across inventive; there are also many odd reflective surfaces that are made use of throughout, including a focus on the eyes in several key moment. However, it’s the reluctance of the film to fully embrace the slasher aspect that causes both concern and intrigue. One is drawn in because of the unexpected grisly nature, but Timlin’s storyline can catch one off guard due to its endearing nature. The relationships that she forms have a welcome depth that belies the screentime that they are given, cropping up in the middle of what could have easily been a standard slasher.

The Town That Dreaded Sundown is most certainly not one of these, but it has an odd placement in a genre where it straddles the pseudo-documentary, the remake, and the meta-reimagining. Featuring quality actors either hamming it up or playing it straight, coupled with supreme cinematography, this is a film that tries to achieve something special, but falls short. While it can be an oddly endearing slasher hybrid, Sundown could have used more genuine scares amongst the sheen.

The Town That Dreaded Sundown premiered at Fantastic Fest and will be released on October 16th. See the trailer here.