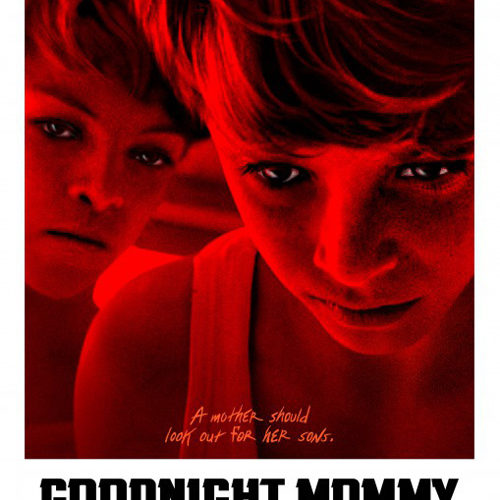 As its moniker suggests, one never quite knows what to expect when it comes to secret screenings during Fantastic Fest. At times they can be highly-anticipated titles that blow the doors off the venue or they can present films that had little-to-no demand that simply rock. This year was most certainly the latter as Goodnight Mommy (or Ich Seh Ich Seh) screened, a film I’m thoroughly convinced of its divisiveness and also one that I imagine will be highly rewatchable. There’s little doubt about the insanity within this chilling Austrian thriller. While the more vague the better, it is a cruel twisting narrative that too obviously telegraphs some aspects but also keeps a handful of the proceedings mysterious and is all the better for it.

The story follows two nine-year-old twins Lukas and Elias (Lukas and Elias Schwarz) that have a cruel fascination with their bandage-wrapped mother (Susanne Wuest). They fear that, after much plastic surgery on her face of some kind, she might have changed a bit. They’re also boys and being such, they are caretakers of the usual repellent stuff like cockroaches and bugs. They’re smart — wickedly smart — which makes their curiosity a bit scary. As the narrative weaves its way through the 100-minute runtime, we see what kind cruelty that curiosity and naivety can create. Boys will be boys, and children will be children. Terror doesn’t have to be fantastical, but rather it can be deeply human, and that’s exactly the realm that Goodnight Mommy plays in, a notion familiar to anyone acquainted with the works of Ulrich Seidl, who produced the film.  The feature is gorgeously shot on 35mm film by Martin Gschlacht (Revanche), and the richness of the sleepy and quiet area around their country home is captured in vivid detail. This is a film that churns and burns through its runtime, letting things bubble slowly and never quite going overboard.

Instead, the calculated stakes raise slowly and much can be said about the directors’ ability to create and maintain tension. The two twins are the stand-outs here, purveying a creepy indifference through much of the film and guiding us through this deeply unsettling journey. There is plenty for them to react to and yet it never seems to change their expression. Taking a nod from fellow Austrian Michael Haneke, Goodnight Mommy is one thriller that enjoys turning the knife that is your offspring.

Goodnight Mommy screened at Fantastic Fest and will be released by Radius-TWC.