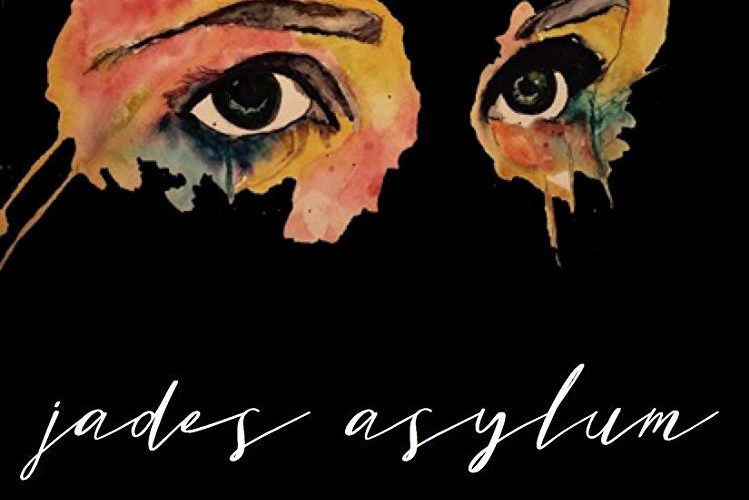 Fantasia Review: ‘Jade’s Asylum’ is a Nuanced Descent into Terror

We don’t get our bearings as far as locale and characters go until a little ways into Alexandre Carrière’s Jade’s Asylum. While we’ve already met Jade (Morgan Kohan) and her boyfriend Toby (Kjartan Hewitt) in the midst of a fight wherein he blames his infidelity on her need for a therapist (if his infidelity can be believed along with anything that occurs on-screen), it’s two police officers engaged in an illicit affair (Mauricio Morales’ Alvares and Diana Marcela Aguilar Chavez’s Vasquez) who fill us in on their surroundings with palpable disdain. They don’t like that these rowdy Americans have come to Costa Rica to throw money around and build a party mansion for drugs and women away from prying eyes because they know only bad things can result.

You have to figure their idea of a “worst case” scenario is a drunken overdose or maiming—incidents the victims will have probably deserved via karmic retribution. Hell, the so-called “Magnificent Six” including Toby, his brother Wesley (Jeff Teravainen), Instagram celebrity Tanya Stone (Deanna Jarvis), and their friends (played by Drew Nelson, Gregory Wilson, Tomas Chovanec) surely thought that was the worst that could happen too. And at first it was. Throw in a couple broken hearts and maybe you’ll see a couple tears before all is forgotten in a haze of cocaine, acid, and sex. Just because they’re too high to see it, however, doesn’t mean we don’t. And by “it” I mean a horde of overgrown monsters (Martin Moses) covered in fungi and foliage biding time.

These creatures are what we assume have been wreaking havoc upon Jade and company by sewing mouths shut and chopping off feet. Our introduction to the film itself is in the bloody aftermath of one such attack with Nelson fighting for his life on the ground behind an abandoned rescue vehicle before a gunshot fires to send us back in time. Or is it forward in time? Or is it out of time completely and inside Jade’s hallucinatory mind? I honestly don’t know if even Carrière has the answer because he’s too busy layering in quick cuts and repeated sequences while overlapping fact and fiction alongside the ghost of Jade’s deceased father (Roc LaFortune’s Howard). His main goal is to disorient and he accomplishes it in spades.

What do we then receive? Mainly glimpses of events from Jade’s perspective, those eavesdropped by her from the bath, and some wholly outside her realm of perception (Officers Alvares and Vasquez pop up miles away in a hotel room). It’s therefore tough to pin down what Carrière is spinning because the easy answer of everything being a manifestation of Jade’s mind evaporates upon discovering she’s not present for many scenes. So wasting time trying to figure out the “trick” will only prove more frustrating than the surreally composed chaos he’s feeding us without reprieve (until a lengthy, disarming end credits series of outtakes and goofs). You have to simply go with the flow and accept Jade’s nervous breakdown is concurrent to their collective plight opposite maniacal swamp creatures.

It’s as though Carrière has created a fever dream of a bad trip so that we can be in the same headspace as the “Magnificent Six” after imbibing to excess and losing their way on the long road towards hedonistic delights. If Jade and Mike Grover (Sebastian Pigott as Tanya’s resentful boyfriend) were left alone as innocents, you could almost buy it because they’d be the exceptions to that sinful rule. Or the monsters also pursuing them could alternatively mean no one is ever innocent. The fact Jade is haunted by her bitter father reveals she doesn’t think she is regardless of the truth. And maybe Mike’s chivalrously masked flirtations while Tanya makes out with someone else in the pool mean he’s guilty by association too.

We are thus pushed into this nightmare with nothing to stand on and that’s not necessarily a bad thing. Whether or not the ending posits that Moses’ discomforting creatures aren’t real ultimately has no bearing on our enjoyment of the ride itself. Because you can have unencumbered fun with the slime-dripping, hellish specters of Mother Nature as they hack away at loud, obnoxious, and entitled Americans using Costa Rica as their Pleasure Island. You can even laugh at the idea of someone being so numb from shock that he can drive a car with nothing but ankle stumps pressing the pedals. The make-up is phenomenal considering budgetary constraints and sometimes an effectively dressed mob of malicious intent is enough to get a packed theater of horror hounds howling.

To me, however, it’s the more nuanced descent into terror experienced by Jade that transcends. One sequence has her looking out of a mirror when her body comes into frame elsewhere and another blinking to find her dad transporting positions, multiplying, or impacting the world he no longer has corporeal form in. She’s legitimately losing it with PTSD hitting her like a ton of bricks. And while I would have liked this plot strain (most aligned with Carrière’s non-linear, staccato editing techniques) to marry with the blunter creature feature more than as parallel threads that plot-holes prevent from joining together, there’s enough to like about its disjointed pieces to stick around until the end. Sometimes the malignant shit we carry around is powerful enough to destroy the world.