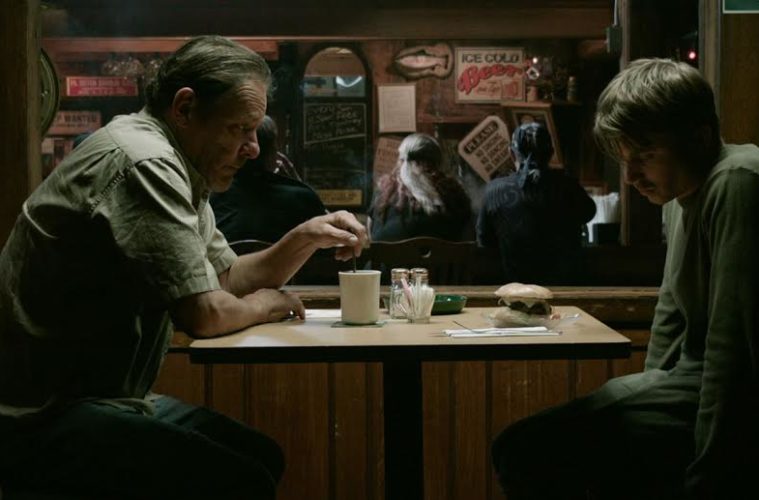 “It’s a film very much about choices and I really wanted to examine revenge,” writer-director Jack Bryan recently told us when it comes to his forthcoming drama The Living. “It’s a genre that’s become fantasy fulfillment, so what I really wanted to do is examine that genre in a real-world way with three-dimensional characters.”

Inspired by such films as In Cold Bold and On Dangerous Ground, the rural noir follows Teddy (Fran Kranz), who discovers that he has severely beaten his wife Molly (Jocelin Donahue) after a night of heavy drinking. As he searches for redemption, Molly’s brother Gordon (Kenny Wormald) is out to enact revenge, hiring an ex-con (Chris Mulkey) to have Teddy pay his price for his actions.

Ahead of a premiere at the Manhattan Film Festival on June 26th (tickets here), we’re honored to exclusively premiere the first trailer for the drama. Conjuring an effective mood with its Northeastern Pennsylvania location and highlighting the interweaving story threads, it’s a compelling tease. Check out the trailer below, as well as a pair of posters, and more can be found on the official site:

Teddy is horrified when he discovers that while black out drunk he severely beat his wife, Molly. As he attempts to redeem himself to her she must decide whether or not to take him back. All the while, her brother, humiliated by his inability to take care of his sister or to confront her husband, gets talked into hiring a hit man. Gordon makes his way down to Mississippi to hire the hit man, Howard, to kill his brother-in-law. The Living will premiere at the Manhattan Film Festival on June 26th (tickets here) and more can be found on the official site, Facebook, and Twitter (@Shooting_Films & @TheLiving_Film).