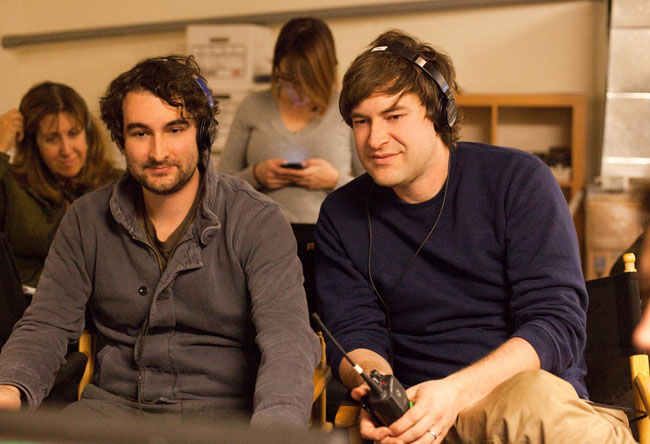 Duplass Brothers Dive Into Horror With First Poster For ‘Peachfuzz’; Picked Up By ‘Paranormal Activity’ Producers Although there was strands of horror in their 2008 indie film Baghead, Mark and Jay Duplass are set to dive headfirst into the genre with their latest film, the found-footage Peachfuzz, and they’ve teamed up with a company who knows the area all too well. Produced by the brothers, the project is directed by newcomer Patrick Brice and follows “a young man (Mark Duplass) who answers a Craigslist ad and gets much more than he bargained for. ”

Announced in a press release, Jason Blum and his Blumhouse Productions, who are responsible for the most successful entries of the horror genre these days (including Paranormal Activity, Insidious and Sinister), have teamed with the creators of the film for the distribution and marketing. Duplass added, “Our love for the absurd and uncomfortable combined with his horror experience is the exact fit we wanted for our vision for the found footage genre.”

I’m cautiously intrigued to see what the film can hold, and as we’ve seen with their recent work, the Duplass brothers can inject a strong emotional center to their work, so hopefully they can do the same in this genre — which could result in something truly terrifying. If one wanted to confirm that the title of the film is only a distraction, look no further than the first teaser poster released, featuring a wolf with little to no peach fuzz. Check it out below as we await more details for the film that will likely see a 2013 release. What do you think about the Duplass brothers diving into horror?