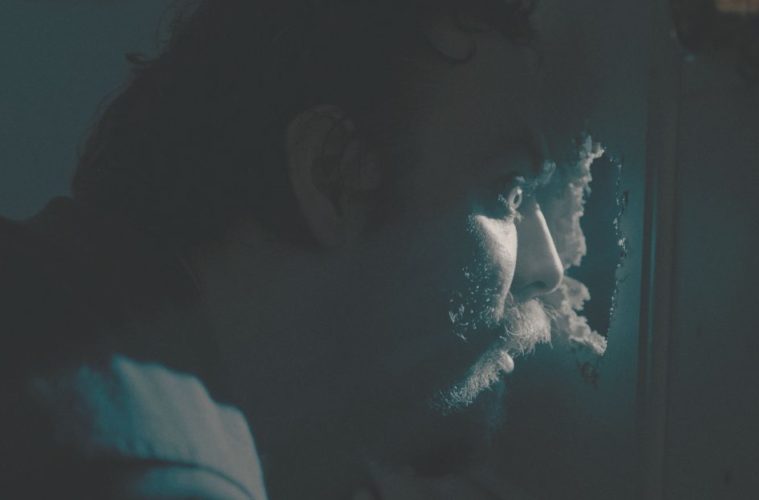 Tribeca Review: ‘Something Else’ is an Often Riveting, Yet Noncommittal Mix of Horror, Comedy, Drama, and Thriller

A riveting and creepy slow burn, Something Else imagines a second kind of “darkness on the edge of town,” that feeling one might experience right between teenhood and adulthood, nearing 35, unmarried, childless and living in a small town. If you are prepping yourself for traditional mumblecore fare you’re half right as the leads do share a captivating and intimate conversation in one well-performed long take. Like its lead Hank (writer and co-director Jeremy Gardner) he commits to not commit, content with his life as a bar owner who enjoys hunting and the company of his longtime girlfriend and business partner Abby (Brea Grant). Abby, educated in Miami, is ultimately happy with her life but occasionally craves art and culture, and her disappearance at the center of the film sparks a kind of psychosis in Hank.

Told in a non-linear manner, Something Else is often as tender as it is cryptic, classified in Tribeca’s Midnight Section it never quite commits to a tone which leads to a logjam in the film’s third act on the order of Claire Denis’ Beau Travail crossed with Tyler Perry’s lack of restraint as the rug is both pulled out from underneath us and then used to suffocate what came before it. It’s quite a mic drop that works because the previous passages also choose to not commit, weaving from the Duplass brothers mode of romantic comedy and drama while dancing into a potential Cloverfield-esque vision of a barren apocalypse. Certainly “there ain’t no sunshine” when Abby is gone as Hank wakes up with night terrors firing several rounds at fictional creatures at the door. Thankfully his pal Shane (Justin Benson, co-director of Spring and The Endless) is the local sheriff and is able to intervene before the situation spirals too far out of control.

If anything, Something Else, directed by Gardner and Christian Stella, keeps us on our toes with a structure that comes into focus as Abby is further developed, evolving from an archetypical dream girl that is another element in Hank’s idealized life to a person of ambition facing a crossroads. Something Else is often unnerving because it keeps reestablishing the rules of the game, taking the form of a mumblecore relationship drama, buddy comedy, apocalyptic horror thriller and then some, right up to its final credits. While these shifts don’t always make for the most graceful picture, Something Else offers the same appeal of Spring, which was also built on a realistic emotional core and sprung into something significantly darker and, for much of its run time, it is quite effective in whatever mode it chooses to operate in for that particular scene.

Something Else premiered at the Tribeca Film Festival.