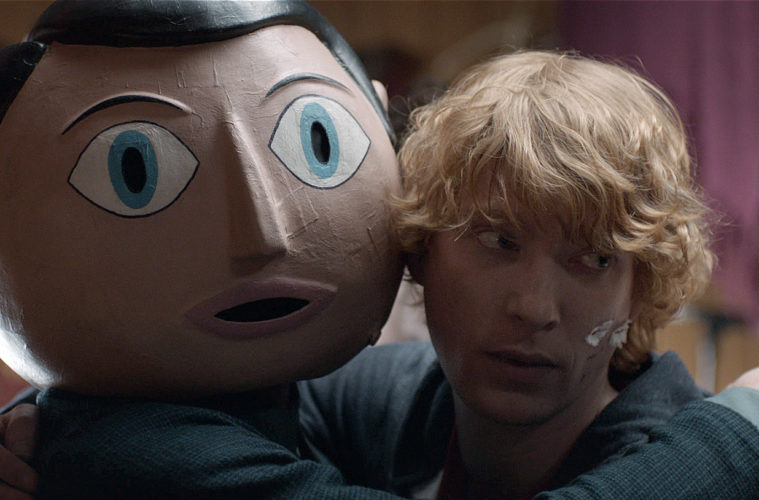 Following up Room, it looks like director Lenny Abrahamson will be reteaming with his Frank star Domhnall Gleeson for his next project. The Daily Mail reports they are readying an adaptation of Sarah Waters’ ghost story The Little Stranger to shoot next summer. Set in the 1940’s, it’s said to follow a small-town doctor who treats a family in an 18th century estate. Scripted by Lucinda Coxon (The Danish Girl), we’re certainly looking forward to the project.

As we wait for Midnight Special to make its debut next year, director Jeff Nichols is already hard at work on follow-up, Loving. After taking on sci-fi, he’s now doing an historical drama, one which follows Richard and Mildred Loving an interracial couple who got married in 1958 and had to fight to keep their union due to opposition. With Joel Edgerton and Ruth Negga in the lead roles, Variety reports that Nick Kroll has joined as as Bernie Cohen, Jon Bass as Phil Hirschkop, Marton Csokas as Sheriff Brooks, Bill Camp as Frank Beazley, as well as Michael Shannon as Grey Villet, the LIFE Magazine photographer who captured them in a set of iconic photos. Production is underway so expect a premiere next year.

While a remake of an Eric Rohmer would normally be met with derision, we’re intrigued by the casting of an upcoming re-do of his 1982 comedy Le Beau Mariage (The Good Marriage). Deadline reports Girls star Alex Karpovsky is in talks to star with Jena Malone in the film titled Claire. The debut of Dori Oskowitz, it follows “an eccentric twentysomething woman living in Long Island with her aunt and teenage cousin. Fed up with her married lover, a painter named Simon, Claire decides to get married herself, deciding upon a man she barely knows (Karpovsky), her best friend Katherine’s cousin.”

With her debut Meadowland getting a release next month, cinematographer-turned-director Reed Morano has found a new film. THR reports she’s set to helm Lioness, a war drama starring Ellen Page. She plays the role of Lance Corporal Leslie Martz, “a U.S. Marine who was stationed in Haditha, Iraq, and sent to Afghanistan as the leader of the first Female Engagement Team.” Set to begin shooting next spring, it’s scripted by Rosalind Ross.

After debuting Take Me to the River at Sundance this year (our review), director Matt Sobel is getting into the YA game. Over at Focus Feature, he’s been set to direct The Scorpio Races, an adaptation by Jack Thorne of Maggie Stiefvater’s novel, Deadline reports. The story “takes place on the fictional island of Thisby, where an idealistic young racer and a legendary horse trainer prepare for the annual Scorpio Race, an event where blood-lusting “water horses” and their jockeys race for a grand prize at lethal costs.”