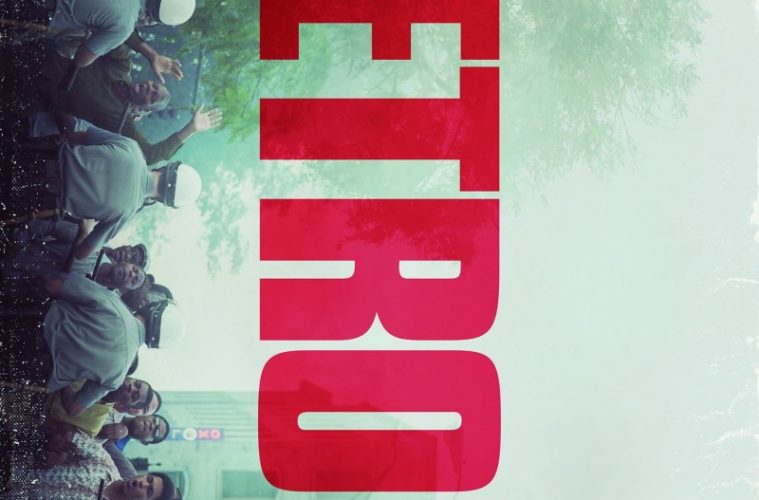 Late into Detroit, Kathryn Bigelow’s docudrama recounting the racial terrorism that took place at the Algiers hotel during the 1967 Detroit riots, one of the innocent, young black men who’s been tortured for nearly the entirety of the movie is given a chance at escape. The camera follows him in his moment of triumph as the man weaves around corners, back alleys, and under a fence into the hands of a white police officer. The camera zooms in, and upon seeing this battered man, the officer remarks, “Who could have done this?” It’s individually one of a number of risible, hammerhead moments in the film, which tells a story that’s extremely powerful on its own. It’s also a neat microcosm of a film that is constantly at war with itself, moving from gratuitous violence to toothless editorialization at a moment’s notice.

Shot by Paul Greengrass regular Barry Ackryod with the handheld approach of Bigelow’s late films, which balance coherency and roiling tension, Detroit is a work that bleeds for its audience. It surges with a visible anxiety not only in atmosphere — a smog of racial paranoia — but a vibrating self-consciousness in doing this story justice and capturing the extent of ongoing oppression. But in attempting to serve as a historical horror film, modern commentary on police brutality, and meditation on trauma, Detroit is a well-made overcompensation that verges on rendering itself totally pointless.

After beginning with a recreation of the inciting incident for the riots, where officers arrested everyone at an unlicensed club, and a short interlude of its aftermath, Bigelow and writer Mark Boal establish the city as a toxic battleground where trigger-happy cops routinely bully citizens and military units have invaded the streets to falsely maintain order. These scenes are evocative, but also representative of the film’s failings in trying to characterize the community without making them victims of violence.

These scenes are also, primarily, lengthy table-setting to introduce the main players, including the three patrolmen primarily responsible for the subsequent events at the Algiers. Together, they represent a spectrum of white-supremacist prejudices. Krauss (Will Poulter, sporting a career-making serial-killer glower) believes that they need to teach the black community a lesson; Flynn (Ben O’Toole), is intimidated by black mens’ sexual prowess; and Demens (Jack Reynor) is blindly obedient to these two, even when he knows something is wrong.

Elsewhere, Detroit spends the most time building up Fred (Jacob Latimore), and especially his friend, Larry (Algee Smith), a singer in The Dramatics, who is about to debut at the Fox theater when the venue is evacuated because of rioting outside. Smith exudes an appealingly devil-may-care attitude, but the character is flimsy, built up on dreams of being a star and little else. Latimore, as well, is perfectly fine, but his performance is more about reacting to trauma than anything else.

The script’s most clever turn, then, is to pivot the whole narrative on the last main character, Dismukes (John Boyega), a security officer who happens to be working only a few blocks away from the Algiers hotel. As a black character who is both part of the community and working as a security force guarding a store from looting, he exists in a no-man’s land. He’s invested in protecting the members of the community, but he also has a badge, which allows him to be seen as an ally by the usually hostile police officers and the military.

A very good scene early on illustrates this position: Dismukes extends to a military unit across the street an olive branch in the form of a pot of coffee shortly after escorting a short-tempered black teenager away from an adjacent bullying patrolman. Even then, he’s still privy to racism, as seen in a sequence where a white soldier sincerely asks, “When do you think these negroes will quit?,” as if he would know the answer. In Boyega’s character, Boal and Bigelow find both their richest perspective and a mediating force for the conflict to come. Detroit finds its best moments in scenes where Boyega has to carefully negotiate these frail allegiances and find a way to break through the white characters’ racial tunnel vision, but it’s hard to shake the overall hollowness of the film as a whole.

Once we finally reach the events at Algiers, it’s unrelentingly brutal, capturing every second with unflinching accuracy and vividness from every possible vantage point, as well as a self-serious glow. Bigelow and Ackroyd prove themselves peerless in staging claustrophobic pressure cookers, but the larger problem is that few of the involved characters have larger arcs other than whether they leave the Algiers in a body bag or as a bloodied mess.

In every aspect other than its somber genuflection towards the subject matter, Detroit is a full-blown horror movie, reveling in the pain and attendant terror that came with being a black person in the ’60s, but the pervasive dread and gruesome violence doesn’t transcend sadism. Where this year’s earlier horror smash, Get Out, remixed decades of canonical slasher tropes to palpably tell a story of white supremacy, Detroit is a mirror of itself, a reaffirmation of the existence of evil — but not its universality.

The need to soften reality has understandably become a common practice for stories about regrettable turns in history as writers and directors are worried that characters won’t be likable or empathetic enough. But the difference between those and Detroit is that this, a film expressly about how history has shrugged off the consequences of prejudice, is, paradoxically, constantly distancing itself from the blame. It insists on being on the right side of history, but is so concerned with portraying the extent of the violence that it forgets about victims in the process.

Detroit enters a limited release on Friday, July 28 and expands on August 4.