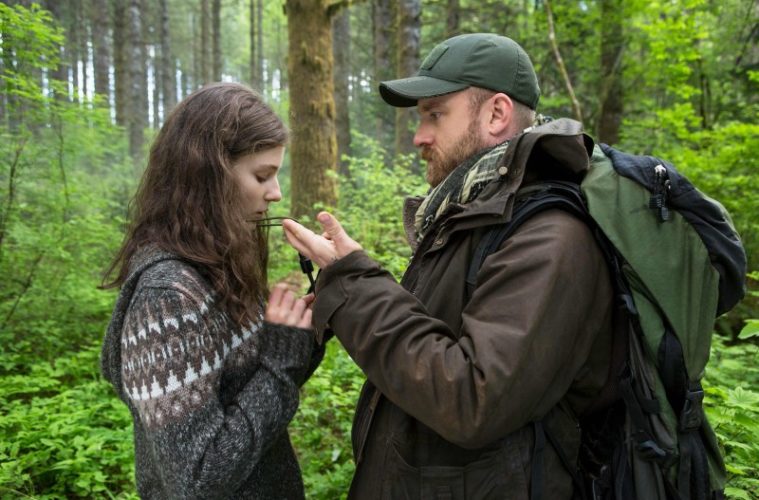 Debra Granik on ‘Leave No Trace,’ the Power of Minimalism, and Learning from Our Ancestors

In Leave No Trace we meet Will (Ben Foster), a father living with his young daughter Tom (Thomasin McKenzie) deep in the Oregon forest. Their everyday life consists of filtering rainwater and squeezing moss to drink, finding ways to ignite fires without using too much fuel, and Will teaching Tom about the importance of harmony with nature. But this is no Swiss Family Robinson adventure, and soon the father/daughter find themselves at the hands of the authorities who have seized them for living in a public park. With Leave No Trace, director Debra Granik is treading familiar territory – people in the margins of society, living in poverty due to social indifference – but by doing so, she reminds us that she is one of the only American filmmakers who cares enough about these kinds of stories.

Her previous film, Stray Dog, was the portrait of a real-life Vietnam War veteran trying to cope with trauma and PTSD in a world that has already decided what kind of person they will take him for. Touching on issues of the social divide, immigration, and fear of the other due to isolation, Stray Dog should be revisited as one of the defining films of the pre-Trump era. It showed us what was coming, but we chose to look away. Perhaps with Leave No Trace, which deals with PTSD but also the opioid addiction, and the perpetuation of isolation by ethnically homogeneous communities, we will be more receptive to the importance of the message.

We spoke to director Granik about why she’s so interested in revisiting these issues, directing Ben Foster, and her fascination with nature.

The Film Stage: I find it very peculiar that when people have been writing about Leave No Trace they comment on your “hiatus,” as if they’re forgetting Stray Dog…

Debe Granik: I know! Thank you. My colleague who edited Stray Dog would be so happy to hear you. She actually showed me this thing yesterday where they described another colleague as not having made a film in years because “he’s so discerning, he waits for the right project,” and then she looked at a piece about Leave No Trace which talked about me in a very different language, saying “for whatever reason she’s done no work except for this little deviation to make this documentary.” Why is there this linguistic difference to how we explore how people do their work? So thank you for bringing this up.

You’re a filmmaker, not a “fiction director” or a “documentary maker.” Why do you think people forget about the achievement of nonfiction so often?

That’s such a great question. Jennifer Fox is doing the rounds for a film called The Tale, but she’s been known most of her professional life for her work in documentary. I heard her in a Q&A trying to answer the same question and it was just so difficult to figure it out.

Stray Dog is a perfect companion piece to Leave No Trace. They’re both about how America is ready to send their men to war, but so unprepared to welcome them back. So I wondered if the novel came into your life when you were making Stray Dog?

The themes absolutely have huge links but they didn’t cross my path at the same time. Will in Trace is carrying a bag from the war just like Stray Dog. The people in Stray Dog were also trying to live their lives with little. They didn’t have much material wealth, their dwellings were small. Stray Dog himself wondered his whole life how little he could live with, so there were many thematic congruences.

In the film it becomes clear that while the media and society are eager to call out people about their opioid addiction and toxic masculinity, there is so little being done about mental health.

And it’s the same after incarceration. That’s another set of veterans we have. We’ve practiced a long war, 25 more years of another domestic war which is to incarcerate 2.5 million people, and we don’t want those people back either. We don’t take them well either. We keep them as dangerous pariahs. We have this pattern that other civilizations didn’t have. Some civilizations didn’t let them come back. They knew they would be different than the people they’d have to live with. We don’t ask these questions though. If we don’t ask them we’ll just keep saying “what happened?” We only need to go a few decades back to Stray Dog’s era to figure what happened.

You almost can’t blame Will for not wanting to come back into society. Why would he want to be with people who don’t want him there?

One of the best portraits on this is a 1985 documentary available on YouTube, called Soldiers in Hiding, it’s such a great portrait of all the facets of the toxic and non-toxic parts of masculinity and how they combined and churned the lives of young men who’d participated in Vietnam and decided to become reclusive. They could never come back.

You grew up in an urban area, and even though you never romanticize nature, you’ve given us two wonderful portraits of young women who have to rely on nature in many ways. I wonder if you ever had fantasies as a child of just wandering into the forests and setting up camp somewhere?

Oh boy, I’ve always been interested in people who are non-conforming, who find a way to live that isn’t totally social-conforming. I myself am a very average urban person. I’ve never pushed myself to live in a way outside the way I know how to live, but the awe is there. Maybe that’s part of it? Characters kind of show you what that might be like even if you can’t do it. But I’m not foreclosing the option.

You’ve described your research work before making a film as a sort of investigative journalism. What were some of the most fascinating things you learned while researching Leave No Trace that you wish people and corporations could bring into their daily practices?

The first big awakening was that there is a huge subculture of people who practice primitive skills–not survivalism that comes with a militia, but people who want to learn how to light a fire without fuel or matches. What makes water drinkable? How do you learn how to live without trampling everything? Which mushrooms can we eat? Our ancestors knew so much we don’t know anymore. After making this film I feel I could go into a cave where people painted ten thousand years ago and feel a little more connected.

The first part of the film could very well be a silent film. Tom and Will don’t use a lot of verbal language to communicate. What are the challenges for you as a storyteller to accomplish that in an era where people want everything digested for them?

Maybe I’ve been asked or selected or assigned to keep the old school going? I like the idea that people like putting the pieces of the story together themselves. I rely on active viewing. I believe that, like me, audiences will want to think about the dots to be connected. You’re right about this story. In fact, it was very appealing to me that they don’t explain a lot. It reminds you that film is a visual medium: show don’t tell.

There’s also of course people who will be frustrated by this approach. It’s like we’ve forgotten how to imagine.

We should ask ourselves can we start the story when we meet them? When you meet someone for the first time in real life, you don’t know their story, you have to take them at face value.

In your films you don’t condescend to people society often looks down to. I was disturbed in the scene in the church where the flag dancers appear, to realize that people at my screening in NY were laughing at them. I never got the impression you were poking fun of these dancers, but it reminded me of how liberals and conservatives have decided that the easiest path is to make fun of what makes the other different.

Devotional dance is very prevalent in the United States. When I was doing my research I realized that people are trying to find ways to attract others to come into church, and finding visual or musical extravaganzas are a good way. The women in the film drove up from a different part of the state. I’d seen their work on YouTube and I thought they’d be more interesting for the film than Christian rock for instance. But it became clear as we went on that there was a risk they’d be laughed at. I think what helps in the film is that we hear her speak. One of the dancers speaks to Tom, and you realize this is her artform, and she’s so good and passionate about it. People laugh at something they don’t recognize. Laughing at things you don’t relate to is very human, but I hope after they laugh, they hear her speak and realize this is her commitment, and that she’s kind. I hope there’s some balance there.

Sadly I didn’t, but we talked about it.

His work on stage was dynamite, you’re always getting a sense he’s about to explode. In Leave No Trace you push him more to go within, what was your direction like with him?

I’m a minimalist. I like minimalism in other people’s work, in score. If they take up all that space to yell and scream, there’s not that much space for us to have our emotions, they’ve done it all for us. We’re allowed to come closer, lean in. If someone onscreen is reacting huge all the time we don’t have any space.

As an artist who’s shown great empathy for people on the margins, are you worried about our current tendency as a society to go precisely against feeling empathy?

Yes, I’m working on a project right now about a group of men and women who’ve been trying to perform reentry, to come back from incarceration, and it’s really, really hard. I’ve been thinking all day about someone who wants to conduct a fitness class. He’ll never have access to the capital he needs to own a gym or property, and he can’t even do it on a playground. He could get re-arrested any moment for being on a playground. He can’t afford anything. Where is he supposed to put a seed in the ground and see if he could grow something? If I could, I’d like to implicate someone and ask: what is he to do? He doesn’t want an illegal hustle but how can he make a decent wage? It’s such a head banger. I’d like to make his predicament vivid enough that anyone feels implicated.

Leave No Trace is now in limited release and will expand in the coming weeks.