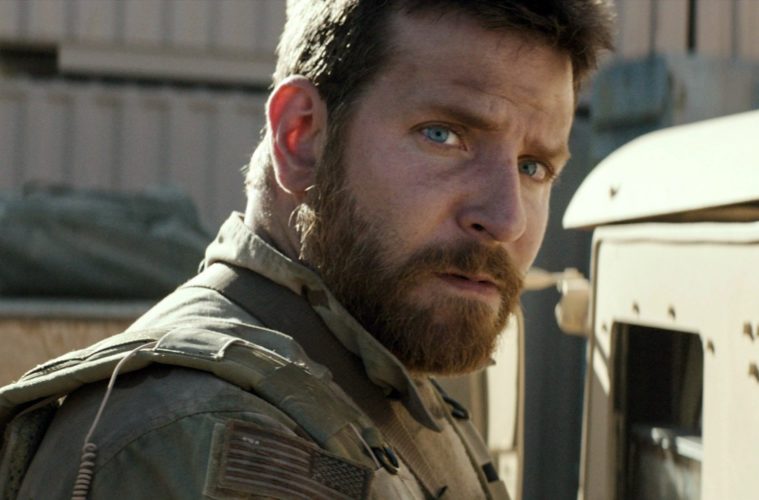 With each passing year, I lose less and less sleep over new releases. As of this writing on Dec. 30, I have logged 447 films on Letterboxd in 2014; the number of older movies (in the range of 260) more than doubled the number of theatrical releases or festival titles (about 120). (Add 50-or-so re-watches to the bunch, and the math should basically check out.) To illustrate: instead of spending the past week diligently catching up with must-see 2014 titles I missed during their U.S. theatrical run (What Now? Remind Me, Manakamana, Pompeii, The Strange Little Cat), I’ve chosen to marathon Clint Eastwood movies (The Gauntlet, Heartbreak Ridge, The Rookie, Tightrope, True Crime) in HD thanks to a handful of recently acquired iTunes gift cards.

Part of this is a byproduct of geography: in January, I’ll be starting my final semester as an undergraduate at New York University, which means that I’ve spent the past four years living in extremely close proximity to invaluable institutions like Anthology Film Archives, BAMcinématek, Film Forum, the Film Society of Lincoln Center, the Museum of Modern Art, the Museum of the Moving Image, and more. With the benefit of student prices and the service of MoviePass, there’s simply no conceivable reason for me to be more excited about seeing Birdman on opening weekend than, say, discovering Joan Micklin Silver’s aching Chilly Scenes of Winter in a once-in-a-blue-moon 35mm screening at IFC Center.

The point is: while I like the 2014 titles listed here, they are by no means representative of my overall year of movie-watching. Moreover, I don’t even feel comfortable writing about all of them, considering that, in some cases, it’s been over six or seven months since I saw them. One final disclaimer: for me, the most interesting and honest year-end lists are the ones that exist in a constant state of reevaluation, which is why this lineup looks slightly different than the one I submitted to the Village Voice a couple weeks ago. Check in with me in a few years, and if I’m doing things right, it’ll look even more different.

10. Non-Stop (Jaume Collet-Serra) / A Walk Among the Tombstones (Scott Frank) Through his recent collaborations with Joe Carnahan (The A-Team, The Grey) and Jaume Collet-Serra (Unknown, the forthcoming Run All Night), Liam Neeson has revealed a great nose for B-movie directors. These movies are so appealing in a throwback, churn-’em-out way—fast, tight, silly, tense, sincere—that they feel less like individual, self-contained works than various pieces of a specific period in Neeson’s career. (Admittedly, this generalization doesn’t do justice to the skill of each of these directors: Collet-Serra’s Boeing 767 and Frank’s pre-Y2K New York City are two of the most thoroughly realized settings I saw in a new release all year.) Neeson knocking back whiskey shots during the near-suicidal opening of The Grey becomes Neeson swigging from a flask in his car at the start of Non-Stop becomes Neeson mixing whiskey and black coffee as an off-duty cop in Tombstones. These two films have iffy third acts—Non-Stop‘s ludicrous bad-guy reveal, Tombstones‘ heavy-handed 12-Steps climax—but I’d sooner re-watch them than just about any other major 2014 studio release.

If I watched this movie again, I could probably come up with a meaningful explanation for why it works so well — surprise-supporter Jonathan Rosenbaum‘s “heroic, existential western” reading sounds like one accurate approach — but it honestly just played like a neat idea (a man in a car for 84 minutes) that Knight executed with absorbing intelligence and without a single misplaced note. Tom Hardy‘s presence at the center certainly helps: the actor gave a weird, reliably offbeat performance in The Drop, but his work here is even more definitive and detailed. Underneath a bath of yellow, soft-focus light, he makes and receives phone calls about cement and marriage, money and infidelity, fathers and sons. Hardy’s every move — his hand gestures, his breathing, his voice — is convincing.

Where a lot of recent Eastwood pictures (Changeling, Hereafter, even Jersey Boys) contain patches of awkwardness, American Sniper — particularly in its war sequences, which Joel Cox and Gary Roach edit with white-knuckle precision — exhibits a riveting level of control. This may just be the result of well-matched material (a character study about a born-and-bred cowboy nicknamed “the Legend” could hardly be more perfect for a myth-minded director like Eastwood); regardless, few images this year left me as pinned to my seat as the sight of a bearded Bradley Cooper situated behind his rifle, the camera pushing in on him as he grazes his cheek against the weapon. (Tom Stern‘s washed-out, overcast palette here is customarily striking.) Credit Eastwood, too, for offering a balanced portrait of Chris Kyle, wisely (and uncomfortably) pitched between patriotism and reflective critique. The movie is disturbed by Kyle’s values even as it attests to their authenticity.

This is not quite as physical as some of the Dardenne brothers’ earlier, more visceral work. Think, for one thing, of the blindsiding opening of Rosetta, in which the camera darts and races to follow Émilie Dequenne as she tries elude the grasp of her peeved boss (Olivier Gourmet). Even the plot, which is inherently formulaic and intensely organized, is less natural-seeming than the previous stuff. But their gifts — shrewd framing (notice how Marion Cotillard is constantly separated from her co-workers by some kind of barrier) and genuine human empathy — are still evident throughout. After witnessing the character’s agonizing, compressed cycle of naps, wake-ups, phone calls, arguments, rants, and pill-popping episodes, Cotillard’s short phone call that ends Two Days, One Night carries the weight of the world.

Thinking back on this movie has produced such mixed feelings that I almost considered leaving it off this list, but then Ben Sachs wrote something that brought back the entire rush of emotion I felt after a first viewing: “The movie regards every character, no matter how minor, with the same poker-faced curiosity, suggesting that anyone we see could have a transformative effect on the protagonist — or that maybe everyone’s equally trivial in the scheme of things. Boyhood makes no attempt to resolve the issue; in the end the characters are left to go on living and take what comes. (When Patricia Arquette tearfully confesses, in her wrenching final scene, ‘I just thought there’d be more,’ she’s really stating the movie’s theme.)” This upsetting flipside to Ellar Coltrane‘s coming-of-age arc — Arquette’s growing disillusionment alongside her son’s growing fulfillment — is what struck me as Boyhood‘s essential, devastating truth. This small, intimate, black-and-white, 77-minute film contains tracking shots that are as dynamic and kinetic as anything in Interstellar or Birdman or whatever your choice is for Most Epic Film of the Year. Watching Louis Garrel (the director’s son) and the deep-voiced Anna Mouglalis walking next to one another — their bodies colliding, their arms caressing — is a revelatory pleasure. My evaluation of Jealousy is hampered by the fact that it is my first Garrel film; had I seen more of his prior work going in, this could either be my #1 or my #10. Either way, it’s clearly the work of a mature voice. From my Village Voice capsule: “Stray Dogs is Tsai’s first digital feature, which allows him to stretch his technique — static long takes depicting static characters in frequently static environments — to agonizing lengths that wouldn’t be possible with film reels. The result is an extreme, compassionate magnification of the minutiae of second-to-second existence (brushing teeth, counting money). The duration of the takes reveals depths in [Lee Kang-sheng‘s] visage: A gesture as minor as leaning his head while taking a smoke exposes the crushing weight of his labor.” Wrote at length about this one for Reverse Shot. An excerpt: “What Philip doesn’t understand — and what he probably still doesn’t understand 108 minutes later, when Listen Up Philip ends — is that, after he triumphantly storms out of situations like these, the objects of his derision (whether it be Mona, Parker, or anyone else) will lick their wounds and go on with their lives. This leaves Philip on the outside, thinking he’s above it all, when he’s really the most pathetic character in his own life story. But this realization only slowly dawns on the viewer; for a while, Perry and [Jason] Schwartzman do a convincing job of dramatizing the nasty appeal of this kind of take-no-prisoners lifestyle.” I saw this over nine months ago and loved it, but I couldn’t possibly say anything useful about it without watching it again. Allow me to cheat by offering this observation from Carson Lund: “What gives the film such poignancy is that its utopia is acknowledged as something elusive and illusory. Anderson erects four layers of temporal and psychological remove — girl in the park (modern times?), novelist (80s?), his younger self (60s?), and the older incarnation of lobby boy Zero Moustafa — to separate himself from the story proper…Grim historical realities (real or imagined) have hovered just beyond the contained, bittersweet surfaces of Anderson’s cinema before; here they are shown protruding into the plot.” Four moments from The Immigrant: (1) Ewa Cybulska (Marion Cotillard) reaching for a shiv before falling asleep for the first time in the Lower East Side apartment of Bruno Weiss (Joaquin Phoenix); (2) Ewa chewing on an unpeeled banana in a steamy bathhouse, eliciting giggles from the naked women in the room; (3) Ewa swiping a bit of cash from a hat while out to dinner with Bruno and the other girls in his employ; (4) Ewa, while standing in front of a scuzzy mirror at Ellis Island, pricking her finger with a pin and using the blood for lipstick. In these moments, Gray’s classical style transcends the artifice of the situation — a fake character in a fake costume in a fake story — and achieves something close to the sublime. All we have is this woman and her split-second decisions, and they’re so real that I tear up just thinking about them.