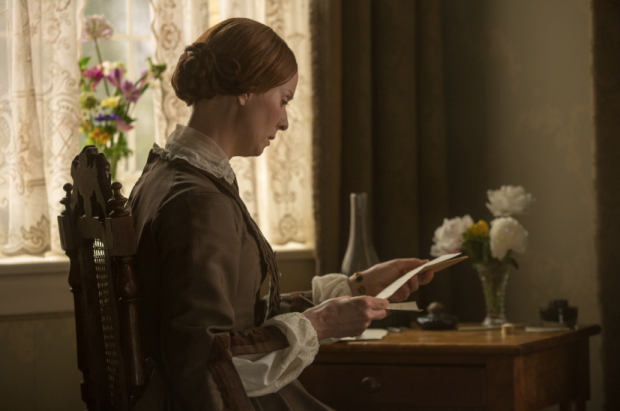 One of the most striking, accomplished, and affecting films of last year was Terence Davies‘ Sunset Song — and, thankfully, one won’t have to wait long to see his follow-up. After premiering at last year’s Berlin International Film Festival and hitting TIFF, A Quiet Passion is coming to the U.S. this spring, hence a new trailer. The film chronicles the life and work of Emily Dickinson, here played by Cynthia Nixon. Also starring Jennifer Ehle, Keith Carradine, and Emma Bell, we now have a beautiful new U.K. trailer.

In our review, we said, “Nixon excels in this choice role, bringing bags of warmth and spirit to Dickinson while retaining the ability to wield a sharp edge whenever called upon. The actress’ famously open, aghast expressions are used to great effect in Passion‘s more comedic moments, of which there are surprisingly many. As usual, Davies works from his own screenplay, and his dialogue has the type of dense, eloquent, theatrical quality that might easily have sounded stagey and stilted in the hands of a lesser performer — or indeed a lesser cast. Nixon and her supporting players succeed in making their characters both human and of their time.”

Check out the preview below, along with a new poster and discussion with Davies, Nixon, and Ehle:

Emily Dickinson wrote over a thousand poems in her lifetime but witnessed only seven published before her premature death in 1886. She never married, and as she got older became more and more reclusive. For Emily, the family was the universe, the universe her family. Those incredibly profound relationships are explored in A QUIET PASSION where her sharp wit and observation give us a unique insight into her life and obsessions: love and mortality. Emily Dickinson’s poetry and life was one of quiet dignity, all the terror and beauty of the world distilled down to the quintessence of meaning and expression. Today, Emily Dickinson is regarded as one of the world’s greatest poets.

A Quiet Passion begins its theatrical run on April 14.