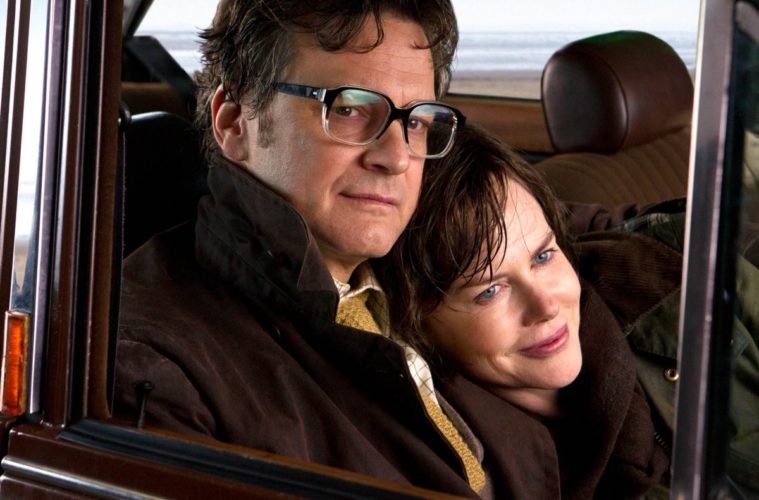 Ask, and ye shall receive. After teaming for the WWII story The Railway Man (which will likely debut on the festival circuit this year), Nicole Kidman recently expressed interest in teaming with Colin Firth yet again for a future project. The duo were even set to star in Park Chan-wook’s Stoker before Matthew Goode came in to take the role, but now it looks like Kidman’s wish has been granted.

After playing husband and wife in Railway,  it has now been confirmed that they’ll star together in the  psychological thriller Before I Go to Sleep. Co-star Mark Strong broke the news to The Independent, saying, “They’re teaming up again. Colin plays Nicole’s husband and I play her doctor. It’s all being filmed in London.”

From Brighton Rock director Rowan Joffe, the film is based on S.J. Watson‘s novel and follows Kidman, who suffers from instant memory loss. Strong is lined up as her doctor, who helps Kidman slowly realize that her husband (Firth) is not who she thinks he is. Strong added, “It’s a very, good script, a really good thriller. It’s a nice one to do.” Check out a longer synopsis below via Amazon:

“Every day Christine wakes up not knowing where she is. Her memories disappear every time she falls asleep. Her husband, Ben, is a stranger to her, and he’s obligated to explain their life together on a daily basis–all the result of a mysterious accident that made Christine an amnesiac. With the encouragement of her doctor, Christine starts a journal to help jog her memory every day. One morning, she opens it and sees that she’s written three unexpected and terrifying words: “Don’t trust Ben.” Suddenly everything her husband has told her falls under suspicion. What kind of accident caused her condition? Who can she trust? Why is Ben lying to her? And, for the reader: Can Christine’s story be trusted? At the heart of S. J. Watson’s Before I Go To Sleep is the petrifying question: How can anyone function when they can’t even trust themselves?”

Are you looking forward to seeing Firth and Kidman together (again)?