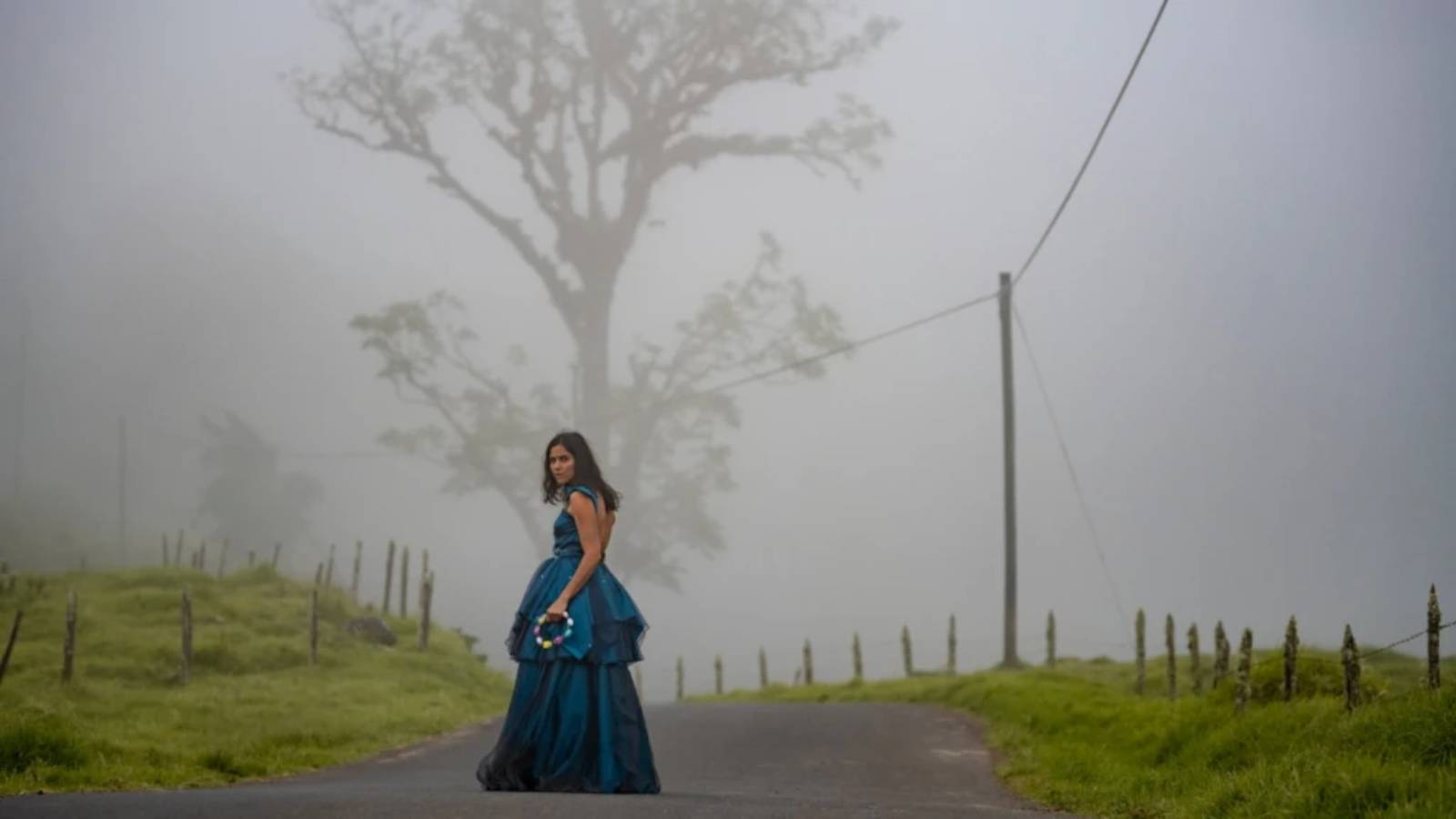 Earlier this year, in Goran Stolevski’s You Won’t Be Alone, a young witch becomes enamored with the life of humans. She starts to interact in a world where she is forbidden, giving up her relation to the witch mother keeping her under her control. Throughout that movie there are inklings of discovery, almost like a child first learning to walk and speak, to eventually realizing what love is. If there is a similar dynamic in Nathalie Álvarez Mesén’s Clara Sola, this is also a movie that finds its central character escaping religious suppression and contending with her burgeoning sexuality. It recalls Stolevski’s film in the treatment of “breaking out of the shell” as a sort of “growing up” but grounds itself in cultural tradition rather than historical fantasy.

A 40-year-old woman named Clara (Wendy Chinchilla Araya) has a spinal disability to which her religiously devout mother proudly proclaims “God gave her to me like this. She stays like this.” Her mother Fresia (Flor María Vargas Chavez) refuses any sort of surgery or treatment for what ails Clara. Instead Clara is treated like a cipher for blessings of the Virgin Mary. People from around the village periodically gather at her house and seek blessings from her––touching her hair, face, body, believing they are having direct contact with Mary. Clara’s disability and demeanor renders her at the whims of her suppressive mother, but she doesn’t have an issue displaying discomfort. She begins refusing the ceremonies, hangs out with her sister, and starts to approach some of the boys who come by the house. The slow, steady excursion beyond her comfort zones and the restrictive limits placed by her mother conjures potentially magical and exquisite experiences.

Mesen creates the dichotomy of Clara’s interior and exterior worlds through concentrations on touch and feel, shots by Sophie Winqvist Loggins focusing on hands, skin, and hair. The textures of nature, insects, and animals all co-mingle with religious paraphernalia, e.g. a giant statue of Mary that leers with disturbingly large eyes looking downward. Clara gently glides her finger on the leaves of the Mimosa pudica, a plant that closes when you touch it. She, however, gets the leaves to re-open when she touches them. She rolls around in mud, feels the grass and the hairs on her family horse Yuca, and lets a pet beetle named Ofir traverse its way around her hands. There is an earthen power the movie associates with Clara, a connection to the natural world that becomes her haven from the religious cloak she’s constantly shrouded in by her family. These sensations of feeling lead to a sexual awakening as well. Her mother tries putting chili peppers on her hands to stop her from masturbating; it doesn’t work.

The rumbling sensation underneath Clara’s phlegmatic demeanor encompasses both joy and rage. Araya’s performance is constantly on edge, making the debilitating movement and repressed urges of her character palpable in every frame. There isn’t really a moment where Clara is at ease. Even when she laughs or looks romantically at Santiago (Castañeda Rincón)—a local man she has feelings for, and who her sister María (Ana Julia Porras Espinoza) is in a relationship with—there is an unease and awkward distance to proceedings. But the Carrie-like character arc doesn’t heap on morbidity and suffering, instead keeping Clara always at the periphery of freedom and escape. It builds tension over time and foreshadows the eventual burst, consistently signaling that catharsis is coming. Each time she has to participate in the Virgin Mary ceremony she becomes more difficult and demanding, turning bolder and more forthcoming about her sexuality whenever she sees Santiago. Her eternal loneliness is not unlike Paul Schrader’s male characters.

By the end, lines between the anthropomorphic and natural worlds begin to collide. Clara’s mystical connection to the soil erupts and shakes the foundations of her family’s traditions. Clara Sola builds momentum to its eventual thesis––where one’s natural state is free and unconstrained by the bounds of oppressive culture and social construct. Clara realizes, by slowly breaking through each individual tenet that keeps her tied to her familial home, that freedom cannot be attained while what traps her remains standing. It must burn.