CIFF Dispatch: Of Fish and Men, Preparations to Be Together for an Unknown Period of Time, The Prophet and the Space Aliens, The Reason I Jump 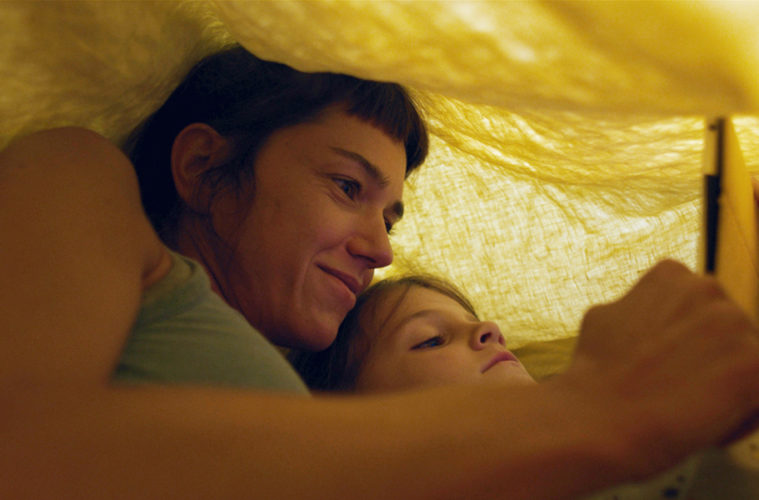 Of Fish and Men

Skating into my halfway point for the 56th Chicago International Film Festival, I’m starting to realize the little things I miss about doing this in person. Sure, seeing movies on the big screen is always the preferred way, but what about the other stuff? What about starting each morning by kneeling at the altar of the Dunkin Donuts Express inside the Grand Red Line stop? My Keurig is getting me by, but binging several movies without eating anything just isn’t the same without those little touches.

And rest assured, those little touches cushion the blow each festival has. Meet the first empty movie of this year’s CIFF. It’s the United States premiere of Stefanie Klemm’s Of Fish and Men (Grade: C-), something so stagnant and stretched out that it almost feels like it’s trying to get nothing out of its audiences. Each festival has one of these movies, but why did it have to be this one? It probably has something to do with how humorless it is.

Klemm’s feature debut starts with Judith (Sarah Spale) and her young daughter, Milla (Lia Wagner), at a gas station. Something happens, Judith screams, cut to black. Go back a while and the two live in rural Switzerland where Mom runs a fish farm. Their neighbor, Gabriel (Matthias Britschgi), is a friend who helps out, but things get complicated when his brother, David (Julian Koechlin), visits him fresh from prison. One thing leads to another, we’re back at the beginning, and an accident leaves Milla in critical condition. It seems ripe for melodrama, right? It’s too bad that Klemm avoids its better pieces.

Of Fish and Men sees itself as a tale of guilt and forgiveness, so why is it so hard to care? It’d be one thing if Klemm’s script was understated, but it’s not. It’s bland. Judith and Milla are cardboard cutouts left outside. Gabriel and David are the rain that wrinkles them up. All the while, the relationships are so skeletal that each action feels more circumstantial than melodramatic. It doesn’t help either that Judith is oblivious to everything going on around her, which, when paired with the Klemm’s objective point of view, makes it more frustrating than anything else. It’s competently made, but that’s about all Of Fish and Men has going for it.

Up next was Lili Horvát’s Preparations to Be Together for an Unknown Period of Time (Grade: C+), a Midwest premiere that makes the fatal flaw of explaining itself. No one here acts like a real person. That’s part of the main draw, though, so it kind of crumbles once Horvát tries to wrap it all up. It coincidentally reminded me of Christian Petzold’s Undine from yesterday at the festival, but I’m sure a good amount of that has to do with Horvát drawing from Petzold as a whole.

Frankly, she does a good job of it. Her script follows Márta (Natasa Stork), a Hungarian neurosurgeon who’s living in New Jersey. When we first see her she’s moving back to Budapest. She recently had a fling with a doctor named János (Viktor Bodó) at a conference, and they made loose plans to meet up again. She’s ready to give up everything for him, but when she finds him, he says he’s never met her. The mystery of what did or didn’t happen is borderline irrelevant for noir-infused “what if” tales like this, and it stays like that. Well, until it doesn’t.

When it lands, it’s a classic case of behind-the-camera work coming together: Gábor Keresztes’ score, Róbert Maly’s cinematography, Horvát’s hold on tone. It’s quite beguiling, but it works mostly because it emulates a feeling instead of understanding it. The narrative asides are forgivable enough since everyone feels more like a ghost than a human. It hits some bumps by trying to examine Márta’s mental state, though, and its exposition is unnecessary. It eventually adds up to a point where, by trying to tie itself up, Preparations to Be Together undoes itself.

After two scripted movies came two documentaries, the first of which was another U.S. premiere that suffers from a lack of scrutiny. Yoav Shamir’s The Prophet and the Space Aliens (Grade: C+) concerns Claude Vorilhon, a Frenchman based in Okinawa, Japan and better known as Raël. He burnt through a variety of pursuits as a young man, but it was in the 1970s that he formed a religious movement called Raëlism. (The doc doesn’t want you to call it a cult.) They’re pacifists, pseudo-scientists, and sex-positive bundles of joy. And they believe that aliens created humanity. Oh, and that human cloning is the way to eternal life.

Did Shamir make a movie about this particular belief? Sure. Did really get into it? Not really. It’s understandable, possibly even refreshing, that Shamir approaches it all with the benefit of the doubt. He sees the arbitrariness in viewing one belief as above another. He understands why its members joined. After all, Raël asks people to tap into their cultural origins rather than repress them, and he encourages women and people of color. No one’s really hurting anyone else, so what’s the problem? Right?

The Prophet and the Space Aliens is so scared to condescend that it doesn’t ask enough. In fact, the questions it does ask aren’t even Shamir’s; he consults others for that. The doc lacks focus and especially its own voice as a result, largely neglecting how Raëlism isn’t that new at its core. There are no mentions of how its beliefs exist in other iterations. Remember the “ancient astronaut” hypothesis, which led to the long-running History Channel show? The analysis is haphazard as a result, and Shamir dillies through this group without a large or meaningful enough context, even if he’s more empathic than one might expect.

Last but not least was Jerry Rothwell’s The Reason I Jump (Grade: B+), which makes its Midwest premiere after playing at Sundance 2020. It follows a handful of kids and young adults with nonverbal autism around the world: Amrit in India, Joss in England, best friends Ben and Emma in Virginia, and Jestina in Sierra Leone. The doc uses Naoki Higashida’s book of the same name as inspiration, but it also forms a wraparound using passages from it. It’s quite well done too with a handful of striking images. That, however, is just the surface.

Rothwell’s eighth film dispels a number of misconceptions about autism. Beyond that, it makes almost everything subjective, breathing in the sights, sounds, and textures. The Reason I Jump knows how to expand upon Higashida’s words, using its tools to distill the experience into pure human empathy. It doesn’t just look through one perspective. It looks at experiences specific to each person’s life and home, including their families but never relying on neurotypical points of view. Others provide context, of course, but that context only makes the world even more alive when the film jumps in its subjects’ minds.

Pieces of the world stick out. The whole shows up later, and the sights and sounds and sensations are bright and beautiful and brash. What sound like gimmicks on paper are surprisingly effective, and it often comes back to two falsities. For decades and decades, others have assumed people with autism to be possessed, to be psychotic. Possessed? They are their sensations. And as for psychotic, detached from reality? The Reason I Jump knows its subjects to be as connected to the world as possible.