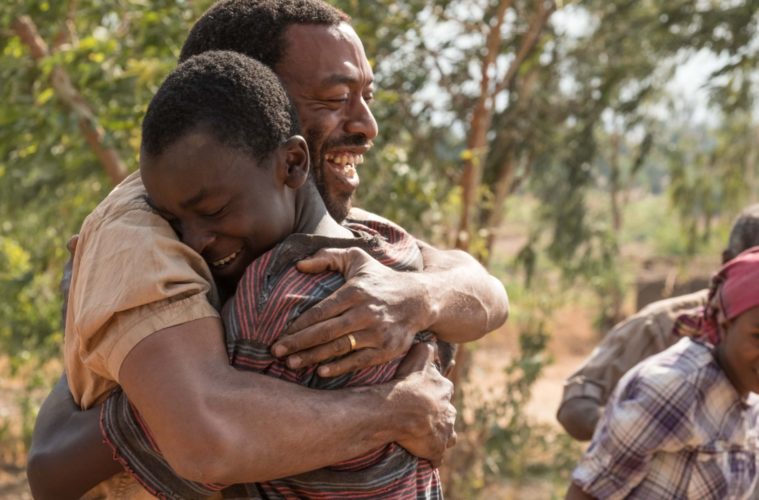 Over two decades since he was cast in Steven Spielberg’s Amistad off an audition given while he was attending the London Academy of Music and Dramatic Art and only nineteen years old, Chiwetel Ejiofor has worked with several master filmmakers, earned an Oscar nod, and now directed a feature film. Arriving on Netflix today, The Boy Who Harnessed The Wind tells the true story of William Kamkwamba, a young boy in Malawi who saved his family and his village by building a wind turbine using bits and parts from a nearby scrapyard.

The Film Stage spoke with Ejiofor about directing and acting simultaneously, how to decide what part of a true story to focus on, and what he hopes to focus on in the future.

The Film Stage: On this one you are acting and directing. That’s a lot, especially given that it’s your feature directorial debut. How do you approach logistically?

Chiwetel Ejiofor: Well, it’s sort of complicated. You have to just dive in. It was something I was definitely thinking about beforehand and concerned about. Like how was I actually going to do this on the day… you’re trying to capture everything in terms of what you’re trying to shoot. But you’re also trying to give a performance. I got a piece of advice, which somebody told me, which was basically to make sure you take the time to look out for your character as well. Don’t succumb to the pressures of directing. If you need another [take], take another one. Even if you’re supposed to be on the next location and you’re running behind and it’s going to go into overtime, you know? All of those other directorial thoughts that can be part of the filmmaking process. Asking of yourself what you would ask of any director you work with: to have the space to pursue the character. It’s really trying to take off the director’s hat and put on the actor’s hat and occupy that space.

A big standout is the cinematography. You worked with the great Dick Pope on this. How did you end up getting involved with him and how did you collaborate on these beautiful shots?

We just spent a lot of time in pre-production walking through absolutely everything. We had very, very detailed shot lists, Dick and I. And long conversations about the look and the feel of the film. And how we were going to capture this emotional internal quality, as well as this kind of… big lives nature of the people there. I felt that this story was a story about people who had very big lives. Big, epic lives. And representing that cinematically was very crucial. As well as the beauty of the place (Wimbe, Malawi). A lot of it was communication. Going around to all of the locations and going through, very specifically, all of the shots. Which meant we could move very quickly on the day.

It also allowed me to stay in character as well. We knew where we were moving the camera so we could move quite fluidly from set-up to set-up. All of those things having been worked out before in and a very specific, full pre-production period was really what Dick was brilliant at, as well as dealing with all of the logistical issues we were facing and absorbing that and me not having. So he was a brilliant collaborator as well as an extraordinary cinematographer.

The movie is very accurate to the real story of William Kamkwamba. To the point where the actual moment of William building the device comes rather late in the picture. From a screenwriting standpoint, it’s a bold choice. But the benefit is a strong middle section that builds tension between your character, the father, and William the son. Was there ever a temptation to adjust the story to the wind turbine a bit sooner?

I suppose the truth is that I was totally fascinated by the family dynamics and how they could be related on screen. The story is talking about the macro problem, which is obviously this famine, this pending danger, this bad harvest but equally at a secondary and a, sort of, tertiary level all of these other stories are coming through. About the dynamics of the family. About how they are interacting with each other and the personal dynamics. And how the relationship between the generational pitch is becoming more and more fraught. It’s happening almost without us knowing it’s happening until it’s come to the point where it’s got to bubble over. How it takes over the rest of the story.

So playing with that layering of narrative was a way for me to try and explore different ways of pacing the film. And hopefully surprising the audience with different avenues, ways into storytelling, which isn’t necessarily how you traditional tell stories, especially in the second act. But it definitely felt like this story–because it’s a Russian doll in a way–has that sense of a macro and then you start to bury deeper into the family unit and then there is this very central unit of father and son… it felt like there was a way to tell that story and keep a pacing to those stories so that the tension could operate at a larger level but also the relationships could ripen as the story developed.

So you’ve directed your first feature, is the next one already in your mind or is it back to acting for a while?

Well, no. I think it’s going to be hopefully a real strong combination of that. Of films I write and direct and then films I act in. That is definitely the goal. Let’s see how it all shakes out. It was a challenging experience but such a rewarding experience over a long period of time. And falling deeply in love with the story and the characters and the nature of William Kamkwamba and what he did. It allowed me to sit with it for so long. I feel very spoiled in a way that I had such a long process in pre-production and I could really invest, going back and forth from Malawi and spending all of that time and having this rich, artistic journey with this film.

Last question, you gave us three great villain performances in the mid-2000s: Four Brothers, Serenity and Children of Men. Do you miss playing the villain? I know I miss seeing you as the villain though I’m happy seeing you do all this other stuff!

Is there ever an urge to go back to that world, just for kicks?

The Boy Who Harnessed The Wind is now streaming on Netflix.