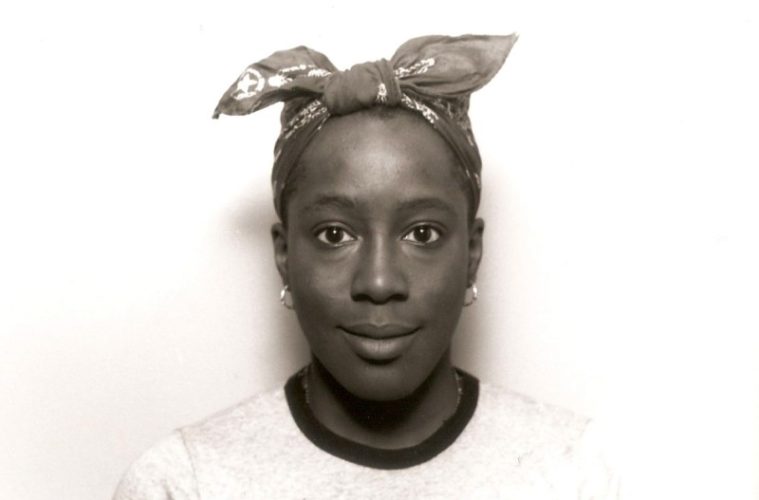 Cheryl Dunye on Making History with ‘The Watermelon Woman,’ Representation, and Performance

Twenty years ago, Cheryl Dunye made history as the first African-American lesbian to direct a feature-length film. Now that film, The Watermelon Woman, has finally been given a proper DVD release, courtesy of First Run Features. To mark the occasion, we spoke on the phone with Dunye about the film, history, performance, and authenticity.

The Film Stage: Both The Watermelon Woman and the short that’s included on the new DVD, Black Is Blue, express a high level of commitment and detail in the recreation of documentary form. What documentaries and / or mockumentaries influenced you?

Cheryl Dunye: I’ve been working in this practice since the late ‘80s. I went to Rutgers and had a studio practice there, got my MFA, and that’s where I discovered what was becoming the queer film world. There was a lack of identity, representation — in the work that was being seen — by, about, and from what I would just use the tag word “queers of color.” I stumbled on this theory that if you do a talking head, if you speak to somebody straightforward, and weave it all together, they’re going to understand the story that you’re telling. So that’s really where it came up. I call it the “theories of three,” which is ultimately called the “Dunyementary.”

The politics of the time, which were very similar to now, what we’re about to kind of roll into… I had to represent. I was tired of being misrepresented by the forces that be. So I watched a lot of work. I would say Godard, African cinema, Black radical cinema from those UCLA folks, Larry Clark, Killer of Sheep, Daughters of the Dust… they gave me a way to kind of mix it together and come out with a unique voice and vision.

David Holzman’s Diary was one of the turning points, when I realized that Jim McBride was fooling us all, and why. And then Marlon Riggs and all the black gay artists and activists and leaders who were involved in survival and telling these stories in the early ‘90s, who were my mentors. It was this bridge between critical writing by black gay men and black lesbians and people making work. So I just picked up my camera and kind of rolled.

When you started making Watermelon Woman, did the faux documentary come first? Or did the traditional, straightforwardly fictional part?

They both come at the same time, I made three earlier works prior to this: Janine, The Potluck and the Passion, and She Don’t Fade. Each of them played at the Whitney Biennial, and they each were this unique prism for vignettes and the talking heads. One thing about doing the talking heads before, after, and even during the process is that you get talk about the past, present, and future tenses of the subject and the issue. So it gets at kind of a different level of truth. And that’s what I wanna get at, I wanna get at that truth. Because for me, it was about putting myself in the picture of these sacred tropes of narrative and identity.

So I was putting in the topics of who I was and what my community was at that time, a conversation about racial politics within the queer community, etc. I took what was there at a time, and maybe even before the time, and fictionalized and narrativized it within the context of the footage and the politics and the truth that we were experiencing. I was making an attempt at opening up a conversation. I’m an activist. I’m an art activist.

I understand that when you looked for examples of black lesbians who worked in classic Hollywood, you couldn’t find any. But there’s a lot of verisimilitude in the story you construct for Fae Richards. Did you draw inspiration from any particular real-life figures to put that together?

Fae Richards is a mixture of all the black actresses at that time. Butterfly McQueen, who I think passed away at [the time she was making the film], Hattie McDaniel … Everything I read in Donald Bogle’s Toms, Coons, Mulattoes, Mammies, and Bucks, a great collection of narratives of blacks in Hollywood, mostly in front of the camera. But it doesn’t go into detail, so that’s where I was like, “Oh, well what about their personal lives?” Hollywood generally has a separate space for people of color — and other identities. I also looked at Vito Russo’s writing and all that we knew about queer Hollywood. I was looking through to find anything about blackness. I definitely felt like making a character the way that I wanted to.

And then I essentially picked the white director, Martha Page, as a reflection of possibility — of what a white woman queer director who had lovers of color would look like. It is a bold kind of revision and way to relate to it the way I wanted it to be. And she’s Dorothy Arzner. I mean, that’s just a given. Straight-up, Arzner was documented, Arzner was out.

In the time since the film came out, has anyone learned of any black lesbian actors or other creators in the industry during that period?

No. I mean, I’m sure there were. There’s two in 20, right? But they weren’t documented. The stories weren’t told — the same way it works now. We don’t want to hear from the margins; we want to see what’s in the middle and put spotlights on that. So those marginal lives and stories did not get recorded, did not get saved. You know, and so it goes. I think we’re crashing into a moment right now where we have to have conversations about that within the context of Hollywood. But I don’t see them rushing to bring in any other folks who are of-color and queer combined. I mean, there’s only one black gay director who’s received an Academy Award, Roger Ross Williams. For the most part, there’s nobody to look to. So, you know, we’re making it up.

Camille Paglia appears for one scene to offer some contrarian opinions on iconography like the mammy figure and the watermelon boy. You had her sit down specifically for that?

Oh yeah, we had her come in, play with the text, play with herself in the sense of what she represents, and give an interview from that point of view. At the time, we were friends. Her girlfriend and I knew each other from the Philly scene. The way I work is that I give the context of the film. She read the script, and I said, “I’m gonna ask you these questions, and you just answer them and have fun.” So she’s talking from the hip, talking from the heart. I think she’s mixing a lot of intellect and fun and intuition.

She’s doing what most people in the film are doing — even including my mother. They’re playing with a part of themselves that’s performative. I think now, when we reread Camille, you know in hindsight, she’s a provocateur. You know, does she believe everything that she’s about? Of course. But she’s able to poke us, to make us think a little bit harder. And that’s what she did for that narrative. I don’t know what long-lasting effects Camille might have thought that depiction of her might have, but it definitely works.

When I watched Black Is Blue, I did not realize at first that it wasn’t a “real” documentary. The level of attention to the way that such films are made was impressive. When constructing a Dunyementary, do you write it with an eye toward where such specific elements like interview segments go?

I film the narrative, and then I film the talking heads second, or even a third time after we edit a little bit. The questions come from all over the place, and directed to the actors speaking in character. So Kingston was speaking as both himself — his own experience as a trans man living in Oakland — and also as the character, black. So you don’t know what is “true” or not. And I think that’s about the performative nature of our own identities. We have these conversations in our head, and half of them never get out and we act a whole different way.

You’ve mentioned how certain aspects documentary presaged social media, and what you speak of — the performance of one’s own self for a public sphere — resonates now in a different way with the rise of social media. Another interview mentioned that the confessional moments in Watermelon Woman resemble a YouTube vlog.

I know academics have started looking at phenomena like [gender] transitioning on YouTube, and the diaries that people keep. And once you put it out there, you start to find community. And I think that’s the power that we, the people, are hooked to with social-media activism. Now it’s like, how do we get offline? [Laughs] You know? I mean, some of us need to be online doing the activism, and some of us need to be out on the streets. Now how do we all unite. I think we’re starting to see it. Things are being shut down and shifted and changed with a YouTube or a push of a button.

The Watermelon Woman is now available on DVD.