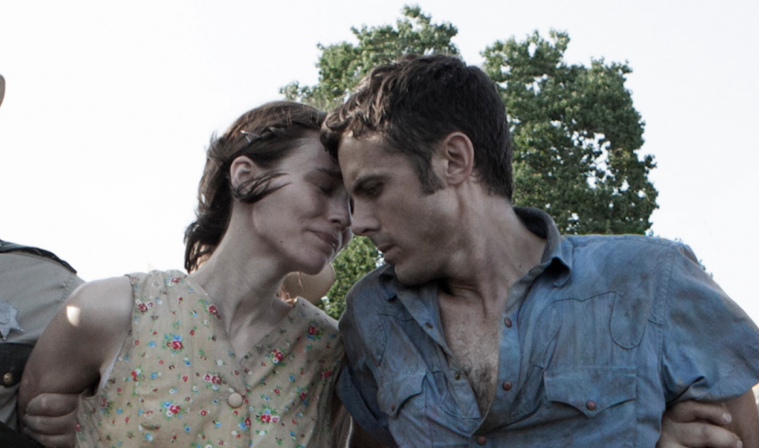 One of the best independent break-outs of the last few years was David Lowery‘s Texas-set crime romance Ain’t Them Bodies Saints. Starring Casey Affleck and Rooney Mara, it was a subdued, deeply felt drama and it earned the director enough attention to get on Disney’s radar to helm Pete’s Dragon, which ended up being one of the summer’s best films. It was recently announced that Affleck would be reteaming with the director for The Old Man and the Gun, also marking Robert Redford’s final acting role; before that movie shoots this spring, it looks like the Ain’t Them Bodies Saints team secretly reunited for a new drama this past summer.

“I wanted to make something small and tiny and handmade. I don’t know what it is yet, I’m kind of figuring it out,” Lowery told Filmmaker Magazine before the release of Pete’s Dragon, first hinting at the project. “I had the urge to just go make something spontaneously, like I used to do. I would have an idea and go make it, either a short film or an experimental idea. Over the past few years I stopped doing that as much, and I really wanted to get back in the habit of getting some friends together and shooting something. It’s a good habit to be in as a filmmaker. I basically wrapped [postproduction] on June 10th and the next day flew to Dallas and started working on whatever this thing is that we’re making.”

Appearing on DP/30, when asked if he’s reteamed with Lowery, Affleck breaks the news: “I did one this summer, with the same [crew] — it’s me and Rooney [Mara] again, who did Ain’t Them Bodies Saints — and then I’m doing one in a few months, another one with him, also in Dallas. It’s a true story about a bank robber played by Robert Redford who robbed like 30 banks and escaped from 30 prisons or something. It’s one of those weird stories you can’t believe but it was true.”

So, there you have it. Unfortunately there’s nothing in the way of plot details, but for some snaps from the set, check out posts from cinematographer Bret Curry and Andrew Droz Palmero below, who are also involved. If we had to wager a guess, much more will be revealed about the secretive project when the 2017 Sundance Film Festival line-up is announced next month.

Head down in prep on a new project but can’t say I’m not missing this one and the guys and gals involved. Sorting through the 8000+ shots I took over the course of production. Leica Q / Summilux 28 / f 1.7 / ISO 100