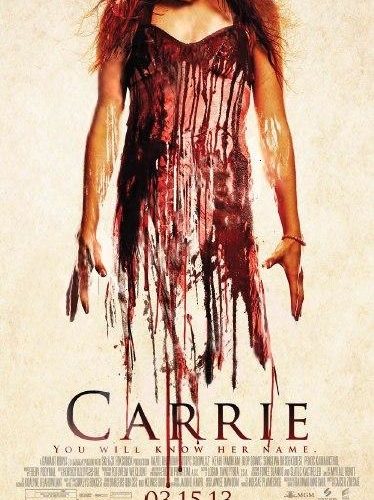 Those looking to get their spring horror fix will now have one less film to take in. While there’s still the remake of Evil Dead arriving, Sony/Screen Gems have now pulled their remake of Brian De Palma‘s classic Carrie from a March 15th opening date to the Halloween-friendly spot of October 18th, 2013, where it will open against another Julianne Moore-led film, The Seventh Son, and Luc Besson‘s Malavita. Moving into its previous March 15th slot is Brad Anderson‘s The Call (previously titled The Hive), which stars Halle Berry as an emergency operator who must confront a killer from her past to save a young girl’s (Abigail Breslin) life.

Directed by Kimberly Peirce (Boy’s Don’t Cry) the Carrie remake stars Chloe Grace Moretz, taking over for Sissy Spacek, while Moore takes the protective mother role and the teaser is here if you missed it. We’ve also got a new blood-soaked poster for the film featuring our star, but Sony may want to change that date. Check it out below, along with another poster (via Yahoo) for Ed Gass-Donnelly‘s Ashley Bell-led The Last Exorcism Part II, which hopefully should satisfy your March horror fix when it opens at the first of the month. Are you looking forward to either of these horror movies? How do you feel about the delay for Carrie?