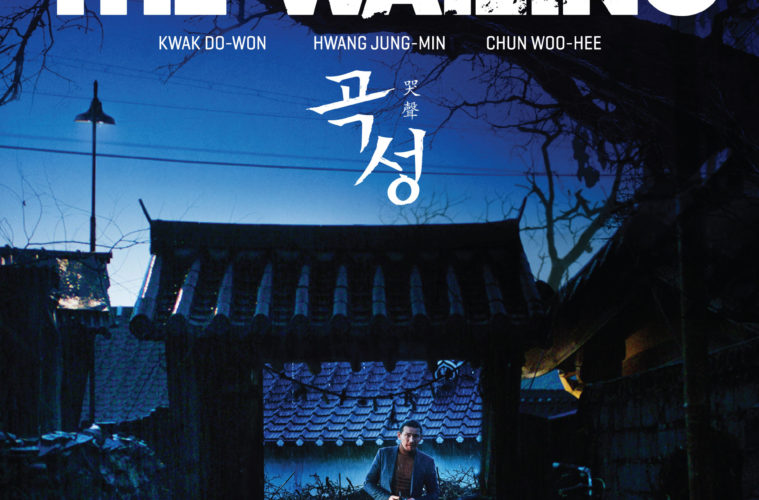 Since the early aughts, South Korea has been one of the most prolific and exciting exporters of genre cinema, giving us such indelible gems as Oldboy, The Host, Snowpiercer, to name but a few. The country made its prowess felt again at this year’s Cannes Film Festival with no fewer than three high-profile titles covering historical suspense (The Handmaiden), zombie action (Train to Busan), and, perhaps most memorably, supernatural horror in the form of The Wailing.

Set in a remote, mountain-ringed village pretty much isolated from the outside world, the story revolves around a series of exceptionally gruesome murders where the apparent perpetrators are all found at the crime scene in a state of rabid agitation, letting out inhuman, blood-curdling wails. Detective Jong-goo (Kwak Do-wan) is overwhelmed by the peculiar nature of the case. But it’s when his young daughter starts to show the same symptoms as the crazed killers that he follows up on local gossip and seeks out the nameless Japanese fisherman (Jun Kunimura) living alone in the woods, whose appearance apparently started the whole misfortune. The plot thickens as Jong-goo’s mother hires a shaman (Hwang Jung-min) to exorcize her ever-more-deranged granddaughter.

As can be expected, things get really, really nasty from there. It comes as a surprise, however, that holding the genre-licious mayhem together is a proper mystery constructed with considerable sophistication. One doesn’t just watch out for the kills and wait for the hero to save the day, but actually has to pay close attention in order to see through the many lies, treacheries, stealth alliances and make sense of it all. This pronounced storytelling element, contrasting starkly with the gags-oriented composition of most horror films out there, engages beyond a superficial level and proves satisfying.

That said, it does take a while for the 156-minute picture to kick into gear. The first act, distracted in part by some rather jarring comedic breaks, is faultily edited to the detriment of both its fluidity and effectiveness. Thankfully, an altogether creepier, more-focused second act successfully raises the stakes, nailing a couple of Fincher-esque goosebumps moments along the way. But it’s in the concluding chapter that all hell breaks loose, with calamitous voodoo warfare leading to more casualties before the face of evil is finally revealed. Overall, The Wailing comes across as a little messily told, with an admirably substantial narrative that could use some trimming and fine-tuning to better lock its audience in this alternate universe of paranoia. Visually speaking, however, the lurid spookfest is an absolute stunner. First-rate production design gives us sets wrecked with appropriate violence to suggest a savage delirium, as well as meticulously rendered secret altars that scream depravity and malice. The excellent make-up and contortionist stunt work play their part in building an atmosphere of imminent danger, captured by Hong Kyung-pyo’s gloomily hypnotic photography.

This technical finesse combined with an utter fearlessness to go extreme — which has consistently helped propel Korean genre films to dizzying heights — culminated in a prolonged later scene of dueling cultish rituals that’s mad in all the right ways. Designed and choreographed with stupendous pizzazz, it’s an explosion of colors, noises, and murderous zest that floods the senses, reminding you in a (skipped) heartbeat how frightfully entertaining these supposedly artless horror flicks can be.

The Wailing screened at the Cannes Film Festival and will be released by Well Go USA on June 3. See our coverage below.