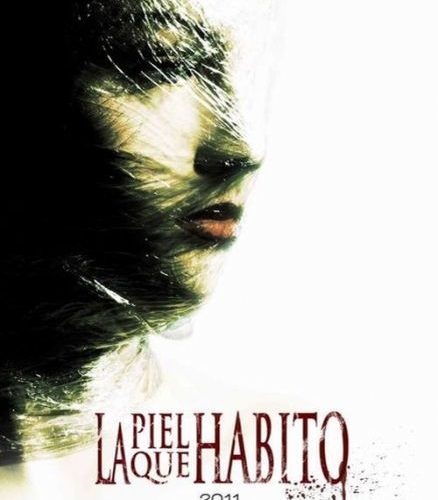 [Cannes Review] The Skin I Live In Director Pedro Almodóvar is a true master at weaving multiple relationship threads and themes in a seemingly nonchalant fashion. His ability of control seems uncanny, and it is further exemplified in his new psychologically disturbing film The Skin I Live In. Despite being labeled a horror film, Almodóvar is careful to not indulge in any excessive blood or violence, which is smart for his target audience familiar with his style, who have grown to love his intricately designed films and richly nuanced characters. By exploring themes of sexuality and identity, Almodóvar has taken an innately disturbing story and made it his own by adding the trademarks of his cinematic flair that make his films so enjoyable.

Based on Thierry Jonquet‘s novel Tarantula, it is a deeply unsettling examination of revenge and obsession. Starring Antonio Banderas, who the director has not worked with for nearly 21 years despite making many of his early films with him, as Dr. Robert Ledgard a disturbed, yet brilliant plastic surgeon. Ever since the death of his wife in a car accident, he has been desperately obsessed with creating a new kind of skin that can withstand devastating burns. His test subject is a prisoner in his mansion by the name of Vera Cruz, played by Sex and Lucía starlet Elena Anaya, who also starred in Almodóvar’s Talk to Her. She wears an odd skin-tight bodysuit while doing yoga in her sealed off room. The reasons for her captivity are not clear from the get go, but her beauty and mannerisms hide a deep rooted pain that all stems from the twisted experiments conducted by Dr. Ledgard. When the convict son of the surgeon’s head maid, who also happens to be the mother of Robert, arrives seeking asylum from the police it sets off a chain of events that will eventually lead to the true identity of Vera. If the plot sounds like some sort of demented soap opera that’s because to a certain extent, it is. But Almodóvar’s masterful direction elevates the film far beyond any of the hokey tropes often seen in soap operas, as he bounces between flashbacks and point of views to play with the audiences perception of reality. Without giving too much away there is a shocking reveal that psychologically twists the sexuality exuded in the film, making you question your own.

The Skin I Live In is yet another fantastic film to add to Almodóvar’s already impressive body of work with great performances, tension and suspense. The composition of shots, the symbolism in art direction and the multilayered plot all add to the films nuanced vibe. The final moments will have you on the edge of your seat trying to guess what twists and turns the final denouement has in store. Suffice to say, Almodóvar is very much a director in control, who exudes more confidence in one film that many filmmakers strive for in their entire career.