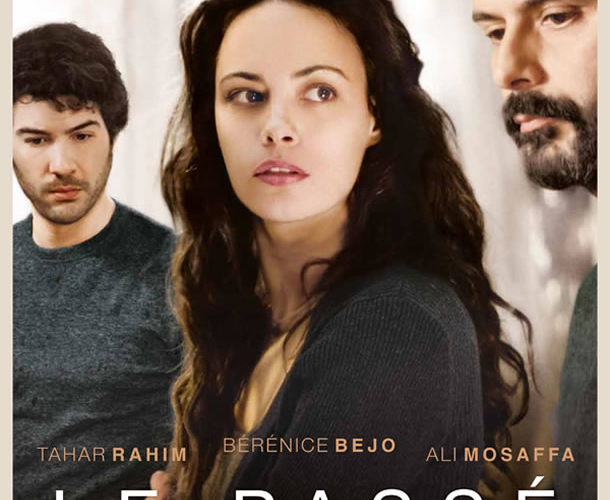 [Cannes Review] The Past

Should we forget the past in order to better our future? This existential question is at the core of The Past, Asghar Farhadi‘s follow-up film to the Oscar-winning Iranian film A Separation. Strikingly similar in tone, The Past deals with a trio of characters all groping with personal problems that interconnect in sometimes unpredictable ways. This unfolding drama plays out like a soap opera in terms of the details resting inside each character’s relationship and personal dilemma, yet the material is elevated by Farhadi’s carefully nuanced direction, allowing performances to take center stage. The end result is an effective examination of how past lives can sometimes dictate future selves.

The film begins with Marie (The Artist‘s Berenice Bejo) waiting at an airport terminal for her estranged Iranian husband, Ahmad (Ali Mosaffa). These opening moments contain no dialogue as they attempt to communicate through a partition of glass, a technique — i.e., showing people talking without actually hearing them speak — that comes to be used throughout the film as an echo of the sentiment of detachment that each character feels while dealing with one another. We soon realize that Marie’s reunion is bittersweet, as she has requested Ahmad to return for a divorce so that she can marry her new love interest, Samir (A Prophet‘s Tahar Rahim). To make things even more complicated is the fact that Marie lives with three children, one of whom belongs to Samir from a previous marriage. This cobweb of personal connections reveals itself slowly throughout the film, each scene illuminating a new perspective on the many conflicts between characters. When Marie takes Ahmad to the divorce proceedings, she reveals moments before they enter that she is pregnant with Samir’s child; Marie’s eldest daughter feels guilty over the attempted suicide of Samir’s wife, while Samir’s son Fouad has an uncontrollable temper that stems from this loss; Ahmad, whose patient mannerisms reverberate throughout, attempts to bring calm to all these quarrels only to find himself embedded in new ones. All these characters are forever intertwined from these past events, yet the question Farhadi seems most compelled to examine is how these people can move forward with their lives.

Despite being a slow burn, pacing-wise, the film never lingers on one character for too long. This balancing act of personas can be a tricky, if not daunting task for a director, yet Farhadi seems right at home working with his French actors, able to maintain a sense of equilibrium throughout. Though not always subtle with his direction — e.g., setting most of the film in a house that is literally in shambles from renovations — there is, nevertheless, always something to infer from the details. The acting is superb, too, with Farhadi’s screenplay giving Bejo a few moments of intense vitriol that cements her performance as a candidate for the best given at Cannes this year.

Simultaneously poetic and tragic, The Past dares to ask the question of how people can move on from lost love while also rediscovering what it is that made them love in the first place.