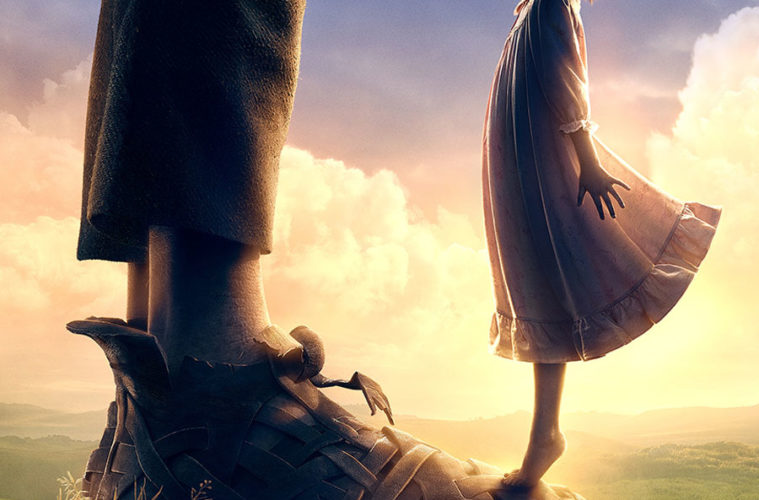 CGI loses the day in Steven Spielberg’s The BFG, a partly motion-captured, eco-minded adaptation of Roald Dahl’s adored children’s book that leans so heavily on green-screen trickery that even Mark Rylance’s kind eyes — squinting out from that computer-generated abyss — can’t save it from mediocrity. The plotline of a friendly, dream-blowing giant who takes an orphaned girl under his wing has the great director’s name all over it, but those expecting something for the whole family here may feel a little let down. That is, unless fart-propelled corgis fizzing around Buckingham Palace is your kind of thing. (However, that’s nowhere near as funny as it sounds.)

In an all-too-brief opening, a conspicuously quick title card leads into a very J.K. Rowling-looking London and an orphanage at the top of a dark cobblestoned road where an orphan named Sophie (newcomer Ruby Barnhill) lives. Within the first five minutes Spielberg has whisked us away to Giant Country and the layer of the titular gent. Rylance’s BFG is an affable, earthy type with a thick South Western English drawl. Speaking in Dahl’s sugary riff on cockney slang, he’s the kind of guy you might find at Glastonbury running an organic beetroot stall — except, well, bigger — and Rylance plays him with endless charm.

The BFG spends his days capturing dreams and taking them to his lab where he sorts them out before delivering them back to the public via a large magical horn contraption. Sophie is immediately enthralled with her new pal and his odd mannerisms and culinary delights. She hopes to stick around but larger, far dimmer giants occupy the plains outside. Sophie learns these beasts are human being eaters — or “Bean-eaters,” to use the local parlance. The giant becomes understandably concerned about the wellbeing of his new pal.

As is increasingly the case with this particular incarnation of cinema, the most impressive special effects are the few practical, tactile ones. A girl sticking her head into a life-sized Snozzcucumber or discovering a small cave full of knick-knacks and drawings succeeds in sparking more flutterings of the imagination than any amount of pixels could manage. Nobody could fault the detail of the art department’s work here, but there is an odd sluggishness to the imagery, as if the whole film is playing a half-measure behind. This proves troublesome for any of the larger-than-life action sequences, but even more so with the comic timing. It’s only when Rylance begins to interact with the real world that we get any jokes that really land. The aforementioned gaseous corgis are just one moment in a mad trip to visit the Queen in Buckingham Palace. Here, British witticisms and physical comedy take over as everything goes bananas; some of it works, some does not.

Barnhill falls just short of a truly endearing performance, but that might be more to do with Spielberg’s dedication to a text that offers very little background to build on. Her hardships in London are shown as nothing more than a few hammered Irishmen (those handsome devils) waking her up by falling out of a pub at 3 o’clock in the morning. Playing the antagonist bean-eating giants, Jemaine Clement and Bill Hader — both brilliant comic actors — are criminally underused in a film that cries out for intergenerational laughs. However, Rafe Spall does good work in the type of role that John Cleese used to smash. Meanwhile, John Williams’ score sounds like a pale imitation of his best work.

It’s Spielberg’s first collaboration with the late screenwriter Melissa Mathison since E.T. The Extra Terrestrial, which also premiered here 34 years ago, but it’s also arguably his first live-action family film since Jurassic Park. Fans of that world-famous imagination will hope he has a few more of that caliber left in the tank. All that said, it’s in no way a difficult watch, and this should come as a relief to many — we will all be seeing this thing for Christmases ad infinitum. It simply fails to be the sum of its many decorated parts.

The BFG premiered at the Cannes Film Festival and will be released on July 1. See our festival coverage below.