Cannes Review: Tchaikovsky’s Wife is a Hypnotizing Portrait of a Tumultuous Marriage 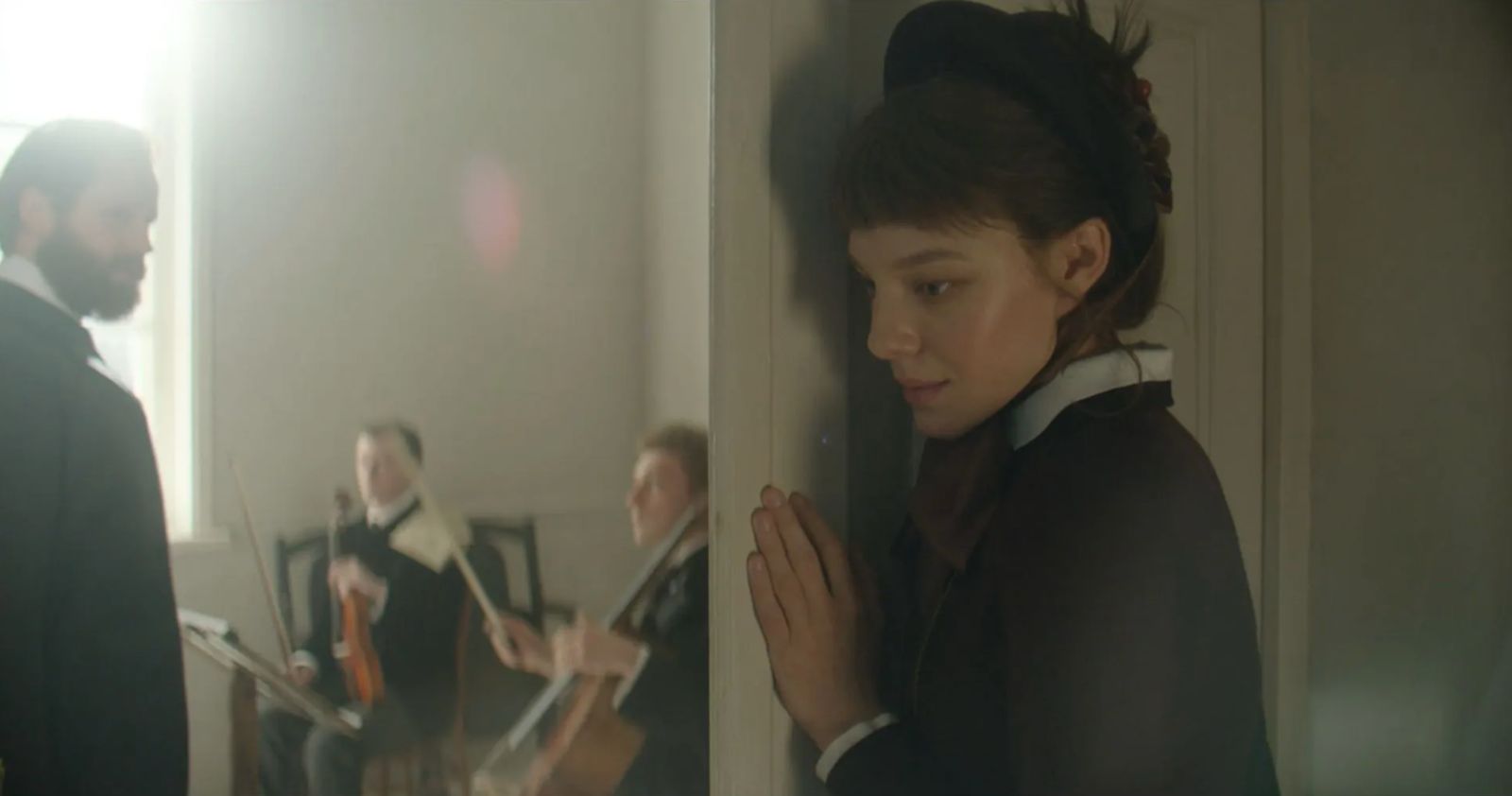 “I don’t want to be a symbol,” Kirill Serebrennikov told the New York Times earlier this year. Good luck with that. When Leto was selected for the Cannes Film Festival in 2018 the famed dissident director of stage and screen was still under house arrest in Moscow. He was absent again last year for Petrov’s Flu, owing to ongoing legal issues (dubiously charged with embezzling funds from his own theatre company); then in January, all of a sudden, he was free. Granted leave to direct a play in Hamburg, the Russian artist has stayed there since.

After all those galas in absentia, Serebrennikov is finally here, traveling to Cannes this week with Tchaikovsky’s Wife, a film that throws a sidelong glance at the challenges Russian artists have always had to accept. It was pointedly chosen as the first competition film to screen this year, premiering one day after Volodymyr Zelenskyy had appeared live on the very same screen at the festival’s opening ceremony. With Petrov’s Flu you felt Serebrennikov was getting something out of his system: a film about the dizzying motions of his own life. The social critiques in Tchaikovsky’s Wife run a little further below the surface, but it will be held up as a Symbol in Cannes—whether the director likes it or not.

A fevered, hypnotizing, meticulously detailed period piece with a protagonist so monomaniacal the film could almost be considered high camp, it focuses on the tumultuous marriage between Antonina Miliukova (higher-class by name, if not by nature, and played with verve by Alyona Mikhailova) and the Russian composer Pyotr Tchaikovsky (Odin Biron), who was gay. The film moves from their first meeting (a boozy party; she 16 years young, he 25) to Antonina’s time at the conservatory where he lectured. Her first proposal is a bust (a businesslike discussion where Antonina puts her total devotion and a hefty dowry on the table) but eventually the beleaguered Pyotr accepts defeat. It will be the love “of a brother,” he warily explains, barely believing the words coming out of his own mouth, “a quiet, calm love.” Antonina, to borrow a phrase, prefers heavy metal.

As written by Serebrennikov, Tchaikovsky’s Wife takes a novelist’s view of history: here to immerse rather than revise. Mikhailova’s commitment to this bit is remarkable, which goes for both the role’s physical demands and its odd limitations—the gnawing flaw at the center of Tchaikovsky’s Wife is just how rarely Antonina is allowed to divert from that obsessive path. She is ever-present yet only defined by her desire, with scarce signs of a more complex inner life. “His magnificence will crush me,” one woman exclaims, perhaps speaking for them both. Opposite her, Biron is a dead ringer for the composer and plays him as at best aloof and at worst cruel and callous. “He’s there in the music,” Antonina assures her mother (an unruly cameo from Yuliya Aug) and herself.

Paradoxically, this same strange simplicity leaves so much room to focus on the experience of Tchaikovsky’s Wife that you might forgive the half-cooked characterization. It shows the director in his element: a film full of bodies—the grotesque and the statuesque—swaying in motion and writhing in agony; of overwhelming tableaux (keep an eye out for Pyotr being carried to bed on his wedding night) and long takes. There is the film’s opener, guiding us from a street scene to Pytor’s open casket where the corpse breathes another breath; there is the bird’s-eye view of the married couple walking from church to carriage as the less fortunate scuffle around gathering loose change. At times the compositions are so busy and claustrophobic that you’re reminded of the director’s recent confinement.

In the best of these surreal visual flourishes, Antonina prowls a lineup of ripped and well-endowed male confections, tasting and squeezing at her leisure. The moment hints at a fork in the road for her, though again Serebrennikov finds a way back to Pyotr’s draw: not only does this hedonistic act fail to instill a sense of well-earned and long-overdue autonomy—if anything, her fevered obsessions are only amplified, culminating at the last in a final dizzying ride.