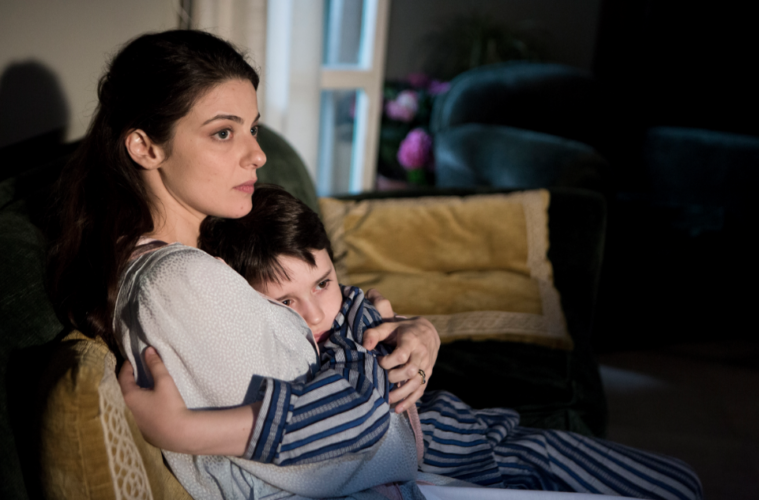 Italians certainly do worship their Mammas, or so goes the narrative of Marco Bellocchio’s Sweet Dreams, which opened the Cannes Director’s Fortnight sidebar tonight. It’s the second film in less than a year from the veteran Italian director and is the slighter of the two. Blood of My Blood (which premiered in Venice last Fall) spanned centuries and genres while leaning on two of the great themes of Italian cinema: the church and the mob. Sweet Dreams is a little long and overly nostalgic at times, but it’s authentic to the last and, rather neatly, it focuses on that third great theme: the matriarch.

Based on the bestselling 2012 biographical novel by Massimo Gramellini — the Turin-born journalist and current deputy director of Italian rag La Stampa — Sweet Dreams offers a sweetly sentimental and fluidly cinematic memoir of the writer’s life, from his time as a young boy and adolescent (played by Nicoló Cabras) to his rise in the world of journalism later on, then played by Valerio Mastandrea. Bellocchio draws a terrific performance from the 9-year-old Cabras, allowing him to let loose and crack gags with his onscreen mother (Barbara Ronchi), forming the honest bond that will act as this film’s narrative backbone.

Together they swoon, make scrapbooks, watch TV, and dance to Danny and the Juniors’ “Twistin’ All Night Long.” The moment that will come to haunt and comfort Massimo for the rest of his life comes when he sees a late-night TV showing of the opera Belfagor while being held tightly by his mother on the couch. The ghostly specter takes the role of a PTSD trigger for the boy when one day, out of the blue, his mother abruptly dies. His father explains it was a sudden heart attack, but the kid doesn’t buy it.

This cataclysmic event will, of course, become the great drama of his life; the slightly farcical and worrying thing is exactly how Bellocchio chooses to accentuate it. Sweet Dreams jumps back and forth between childhood and maturity, where Massimo has turned his love of football into a career in journalism. A fateful meeting with Giovanni Athos (a presumably pseudonymous character who unwittingly gifts him an exclusive story) takes Massimo from the sports desk to a besieged Sarajevo where we find him placid and desensitized, popping out his Leica to snap a tragic moment that has been manipulated by his photographer for the good of their article. This careless loss of ethics is put into perspective when a reminder of his mother triggers an emotional meltdown. “You only have one love in life,” a colleague later explains: “The Mamma.”

Only fleetingly does Massimo seem concerned with filling this human void — first with the nanny his father hires in the wake of his mom’s death, then with the Oedipal mother of his wealthy pal. A fleeting relationship with a free-spirited woman also fizzles out. It will take a post-Sarajevo mental breakdown before he finds Dr. Bérénice Bejo at the other end of the emergency-room phone line. The actress sports his mother’s hairdo, and they soon form a romantic bond.

This obsession with the Mamma proves tiresome, but it is nevertheless drawn from what appears to be an otherwise remarkable life story, not to mention a rather beautifully crafted film. Cinematographer Daniele Cipri (working with Bellocchio for the 4th time) does great work with the most clichéd hues imaginable (’70s sepia, gloomy Balkans blue). Set outside the comfort zone of his local town of Bobbio (the setting of a number of his earlier films), the director and his production team also form a detailed image of the various periods: the vista of F.C. Torino’s old Comunale stadium outside their family window; the Rolling Stones’ Sticky Fingers LP with the authentic zipper sleeve; the early-90s rave scene that actually looks like a party worth going to. Alongside a slate of fine performances and some virtuoso horror film cuts, there’s enough here to suggest that a master director is behind the wheel, even if the end product feels a little skewed from Gramellini’s genuine article.

Sweet Dreams premiered at the Cannes Film Festival. See our festival coverage below.