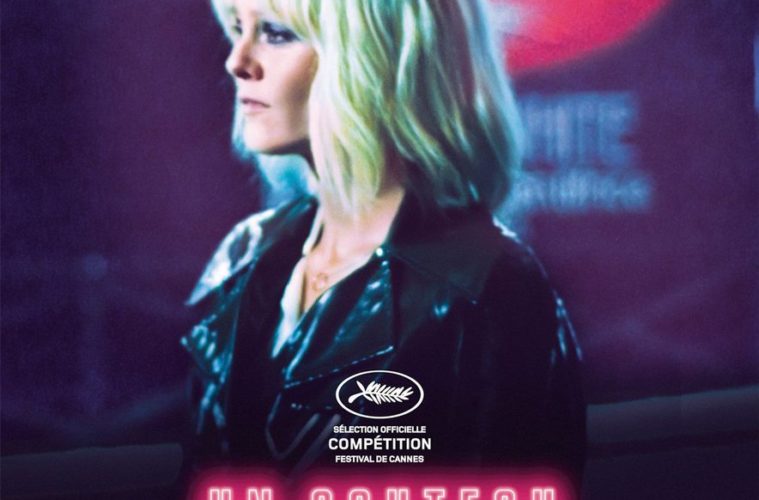 It sort of makes a lot of sense for Gonzalez to be directing something like Knife + Heart. His work as a musician with M83 did, after all, help take that niche brand of analogue synth music out from the underground and back into the mainstream. That particular genre certainly has its deities, and few are as idolized as the artists who helped to create the mood of Giallo horror — most notably Dario Argento’s long-serving collaborators, Goblin. Gonzalez litters his entire film and his original score with grand winks to both Argento and Goblin, as well as, in a different way, the more ethereal horrors of work such as Walerian Borowczyk’s The Beast.

It’s in these woodland scenes, however, that Knife + Heart loses a lot of its steam. Gonzales’ script, which has been perfectly taut up until now, begins meandering through a lot of seemingly redundant visual symbolism. Someone says something or other about blind crows and then, inexplicably, there’s a man with a claw for a hand who we’ll never see again. Don’t get me wrong: I’m all for freaky ambiguity, but in this instance it all comes across as a little too contrived to be tonally coherent.

Our killer’s genesis is also revealed in this second act as we learn, without giving too much away, that the person (whose gender we shant divulge) was badly disfigured at a young age. This explains why they’ve been going around in a rather horrifying mask; think DiCaprio in that period film where he had to wear the mask for some reason.

That all said, it’s best to not get too caught up in Knife + Heart’s plot. Indeed, it is a film that will entice the viewer’s senses, if not necessarily their brain activity. Pleasing lengths have been gone to recreate the incomparable feel of Giallo horror, with all its lush color, production design and costumes as well as that playful sincerity. What can one say? If you like that kind of thing, you might also like this.

Knife + Heart premiered at the Cannes Film Festival and opens on March 15. Find more of our festival coverage here.