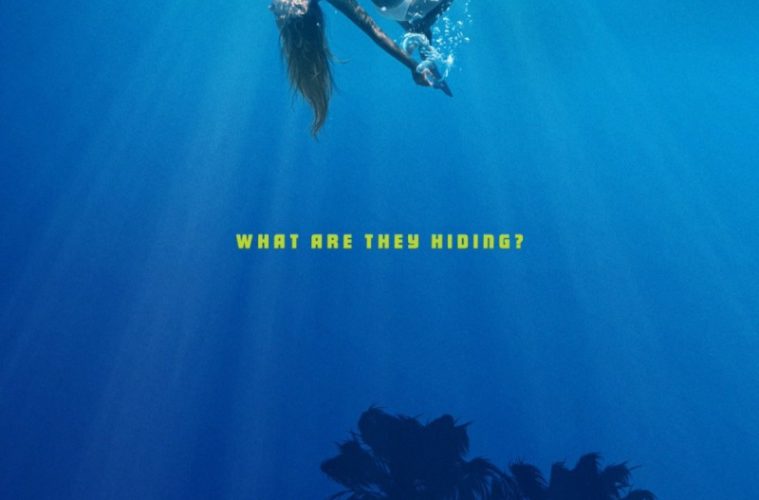 David Robert Mitchell is a nostalgic. His debut feature, The Myth of the American Sleepover, paid tribute to such teenage dramas as American Graffiti and the work of John Hughes. Its follow-up, the terrific It Follows, ranks amongst the smartest and most effective specimens in John Carpenter’s vast and variegated suburban horror legacy. Mitchell has now tried his hand at an L.A. noir with Under the Silver Lake, which owes as big a debt to The Long Goodbye, Mulholland Drive, and Inherent Vice (to mention but three of the most conspicuous referents) as it does Thomas Pynchon’s labyrinthine, paranoia-laden narratives.

The set-up is instantly familiar: Sam (Andrew Garfield), an unemployed comic book and video game enthusiast (read: geek), falls in love with his beautiful and enigmatic neighbor, Sarah (Riley Keough). She disappears soon thereafter, and Sam learns from the news that she and a local billionaire, as well as two other women, were found dead in dubious circumstances. Having last seen all three women in the company of a shifty-looking man in a pirate outfit, Sam suspects that Sarah isn’t dead and decides to investigate, initiating an ever-more convoluted and out-there concatenation of events. By following one improbable clue after another, Sam will travel across Los Angeles and sneak into high-class parties, millionaires’ mansions, and New Age cults; find himself drugged, beaten up, and shot at; and seek the help of a conspiracy theorist, former child stars-turned-escorts, an underground hobo network, and a coyote.

The plot’s construction might be derivative, but its serpentine execution is flawless, providing enough crazy turns and zany characters to sustain an escalating momentum for Silver Lake‘s nearly two-and-a-half-hour runtime. What’s perplexing is that, of the plethora of cultural references, virtually none are drawn from the 21st century. Sam and Sarah get stoned and watch How to Marry a Millionaire; R.E.M. plays at a party; in Sam’s bedroom hangs a poster of Kurt Cobain; an NES, vintage Playboy, and vinyl player all feature prominently. Other than Sam’s iPhone, there are very few indications that the story is set in the present day. Even the film’s postmodern hijinks feel decidedly retro. Not including the internet in any central way – Sam only goes online once – at first seems like an oversight or a convenient cop-out. However, it all makes sense once the film reaches its denouement. A late reveal adds a metaphorical dimension to Sam’s adventure, bestowing a romantic, therefore timeless purpose to the plot’s extensive contortions that is more satisfying than merely conveying abstract paranoia.

Silver Lake sparked accusations of sexism as soon as it premiered in Cannes, with several critics on Twitter calling it ready-made for the incel crowd. That’s a seriously cynical interpretation. Sam does fall into bed with a succession of gorgeous women – as has every noir protagonist ever conceived – but he doesn’t engage in any of the violence implied by the term “incel.” Moreover, the sexual encounters are so awkward and self-aware in their presentation, and Sam is such a passive participant (he doesn’t instigate a single one), that they come across as comments on the preposterousness of this hackneyed trope rather than an indulgence of the same. Even the anticlimactic resolution of the Sarah mystery articulates a send-up of damsel-in-distress storylines.

If anything, Silver Lake represents an attempt at reclaiming geek culture from the vomitous legacy of The Big Bang Theory et al. by coming up with a character who is not an insufferable caricature and placing him within a narrative traditionally reserved for hard-drinking, woman-beating alpha males. It’s a fantasy, yes, but it’s not toxic like those found in many of the revered texts that inspired it. Perhaps Mitchell’s real sin was having the temerity of amending the canon.

Under the Silver Lake premiered at the Cannes Film Festival and opens April 19. Find more of our festival coverage here.