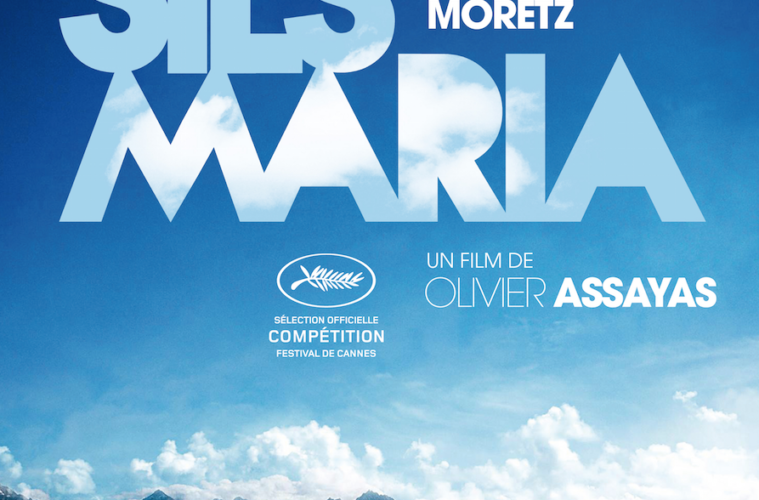 There are so many self-interpretations and meta moments in Clouds of Sils Maria, a puzzler that shows director Olivier Assayas evolving into a director of refinement, that it can seem exhausting. As actress Maria and personal assistant Val rehearse scenes from an upcoming play, it’s clear that the dialogue itself mimics their own relationship. Their sharing of interpretations bluntly address their own feelings, as if the text is almost falling over itself to tell you how to approach everything you need to know. It’s less a Rosetta Stone than reading an undergraduate thesis written about the film as it unfolds. But Assayas, who’s always been interested in the changing of perspectives — in the 1960s, through familial relationships, and of course, as dictated by filmmaking — is not one to use such bluntness as a crutch; it’s a starting point. Clouds of Sils Maria is less an All About Eve-esque tale concerning the loss of youth than it is about a greater movement in the craft and criticism itself. This is what makes Assayas’s very stately and reserved approach (more Summer Hours than demonlover) still a surprisingly confrontational work in its gentleness.

This is not Assayas’s first picture to explore his own craft through the story of an actress — his 1996 title, Irma Vep, reworked Truffaut’s Day for Night for the era of transnational cinema. Here, the closest comparison might be Bergman’s Persona, as Maria, played by Juliette Binoche — the goddess of European cinema, and no stranger to meta-movies (Certified Copy, Mauvais Sang) — has not one, but two doppelgängers: Chloë Grace Moretz as the young, TMZ-attentive star Jo-Ann Ellis, who will play the role Maria made famous at her age. Then there’s her assistant, Val, played by an actual young, TMZ-attentive star, Kristen Stewart.

Stewart has been a strange property during her time in Hollywood, her talents as an actress mostly untested (or, better put, ignored) in the Twilight franchise, despite showing signs of promise in films like Adventureland and The Runaways. Val is a complex role in which the actress never loses her real-life persona, instead embracing it to develop a dynamic with Binoche’s more classically moved performance. The two begin on a train to Zurich to honor Maria’s great collaborator, a German playwright who wrote the role that made her famous, when they learn the man has died. More than that, a young director hopes to re-stage the play with Maria once more, not in the lusting and forceful youth role, but as the suicidal, weak-willed, older woman. The film is bookended with a unique structure — a 20-minute sequence in Zurich, followed by a title card announcing “Part 2” (Part 1 is never announced, as if life’s great transitions come when you don’t expect it), and an Epilogue in London — while the majority of Sils Maria takes place at the now-empty home of Wilhelm, a large and isolated space in the great mountains of Switzerland. The film perhaps overextends its metaphor with the cloud-like snake — a supposed representation of time itself passing by, seen in Arnold Frank’s silent 1924 film Cloud Phenomena of Maloja, which finally appears in a very crucial moment within the narrative.

As Assayas is less a crafter of pointed shots than an interpreter of spontaneity — he prefers not to storyboard, rather working from top-down maps — he gets much more out of staging, especially when working with such a dialogue-heavy script. As Binoche and Stewart move around one another to rehearse and discuss the text — Maria can’t embrace playing the old woman; Val constantly reiterates the hidden strength in the role — there’s an emphasis on the older’s pointed highs and lows against the younger’s absence of such acting choices. (The rehearsal itself uses the text to slyly note them: “pauses, takes a cigarette.”) These interactions perhaps spell out the psychology of its characters too strongly (especially the film’s final ten minutes), but the reflection into the cinematic marriage between text and image lends some of the more awkward moments a complexity.

In Assayas’s portrayal of Hollywood (notably in a very cloying but highly amusing parody of X-Men), Clouds of Sils Maria shows how it is not the movies that change, but how perception of art itself changes. It’s an appropriate move for Assayas to make, seeing as he emerged on the international landscape in the early ‘90s like a lightning bolt and, now, seems to be categorized as something of an aging master. His previous film, Apres Mai, was unfairly written off as a lesser version of the earlier Cold Water, and the same fate surely awaits from those who prefer Irma Vep. But Vep is a defining work about the future, while Sils Maria is clearly the product of two authors grappling with their past. Assayas and Binoche could simply remake the past; instead, they are reconsidering it and reinterpreting it in a new light. They have inhaled the youthful energy around them to move toward a thrilling future.

Clouds of Sils Maria premiered Cannes Film Festival and will be released by IFC Films. See the trailer here.