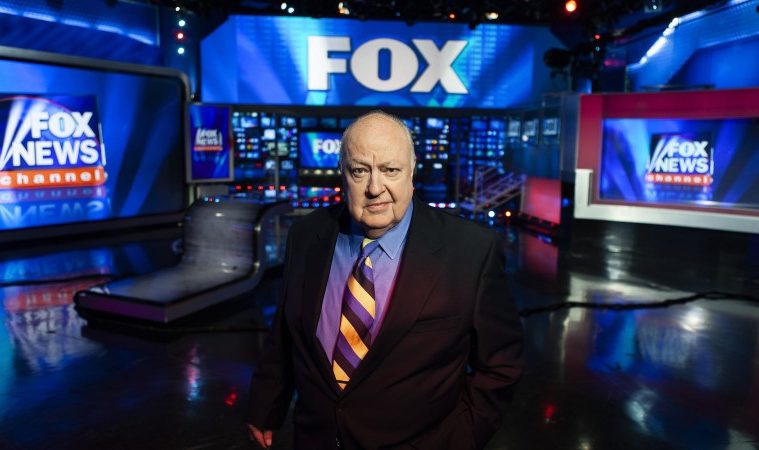 Camden Review: ‘Divide and Conquer: The Story of Roger Ailes’ Shows the Pitiful Side of Republican Kingpins

It’s always frustrating when a documentary is so intent on one story that it plainly misses a more interesting one that’s, just… right there. Divide and Conquer: The Story of Roger Ailes is both a biography of the late founder of Fox News and a missive on how he supposedly destroyed American politics. Along the way, though, it touches on one aspect of Ailes’ life that’s both gone overlooked in many discussions of him before now and which sheds more light on his character than any of the highly conventional techniques the doc employs to tell his story.

Besides being a fascist paranoiac, media mogul, Republican campaign whisperer, and chronic sexual predator (the cause of his eventual downfall in 2016), it transpires that Roger Ailes also attempted to become petty tyrant of his own little fiefdom. He spent big money to buy a local newspaper and support handpicked political candidates in Cold Spring, New York, the small town his mansion overlooked. He made a city council member his personal enemy, and had a mutinous copy editor at the local weekly investigated. The sheer pettiness is mind-boggling – that this head of a giant corporation had time to make over-the-top speeches at town hall meetings is the ultimate bullet in the idea that CEOs do any kind of hard work. This subplot vividly illustrates how, like all Republican kingpins, despite his wealth and power, Ailes was a weird, pitiful slug when you got down to it.

It’s disappointing that this story, which could have been its own film, is just a sideshow here. Especially since the rest of the doc is slotted firmly into Wikipediaism and interviewees applying surface-level psychological interpretations of Ailes’ worldview and actions. Mainstream entertainment’s model of “understanding” notable figures, whether in biopics or in documentaries like this, is hamstrung by these kinds of simplistic readings, as well as a fatal failure to recognize that simply looking at what someone does tells us more about their character than speculation over their motives. There’s also the misapprehension that people like Ailes are in any way compelling as characters on their own, even as continual investigation finds that – shocker – rich conservative white people are rather vacant, driven mainly by hate and resentment.

The film credits Ailes with all but singlehandedly getting Nixon, the first Bush, and Trump into the White House – leaving aside the possibility that maybe they won their elections because their opponents were, Humphrey, Dukakis, and Clinton, respectively. Media figures love to overestimate the influence of their own industry on politics, discounting that messaging perhaps has its own power in mobilizing masses regardless of how it’s delivered. If Obama could beat the Fox News machine twice despite its full-throated assault against him, maybe the candidate matters a tad more than the doc is allowing.

Divide and Conquer’s analysis of Fox News doesn’t consist of much more than montages of show hosts yelling or being generally unpleasant, because its thesis doesn’t go deeper than the idea that the network is responsible for “dividing our nation like never before” (always great to hear this line, which forgets that time the US had, you know, a civil war). Even the scenes in which targets of Ailes’ sexual harassment testify about their encounters with him are undermined by tasteless furtively shot reenactments.

Movies like this are predicated on the idea that by understanding people like Ailes, a presumed liberal audience will better understand how to fight them. But this is combined with the documentary weakness of having to condense and simplify when covering a broad topic, meaning it can’t really do that. And since the film gives a lot of time to Glenn Beck to play the repentant former heel, it doesn’t look like media liberals will be any better at effectively countering Fox News figures going forward.

Divide and Conquer: The Story of Roger Ailes screened at Camden International Film Festival and opens on December 7.