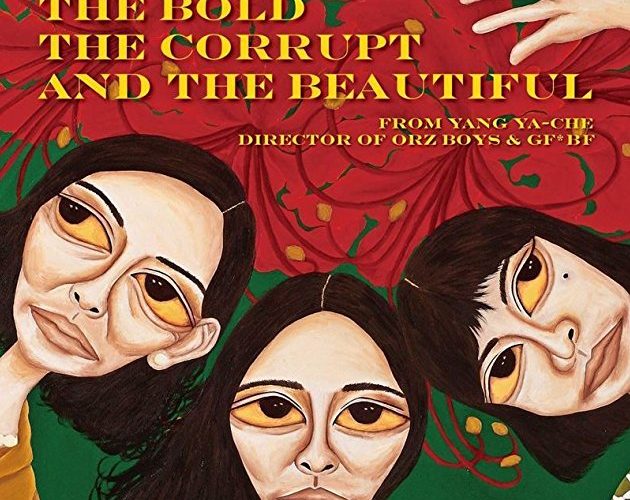 Busan Review: ‘The Bold, the Corrupt, and the Beautiful’ is a Sumptuous, Entertaining Taiwanese Thriller

Being the biggest of its kind in Asia, the Busan International Film Festival offers an excellent showcase for emerging talents from the vast and vastly varied continent. Premiering in the regionally focused section “A Window on Asian Cinema”, the alluring, densely-packed dramatic thriller The Bold, the Corrupt, and the Beautiful makes a case for genre filmmaking in Taiwan, a country audiences worldwide probably associate with the lyrical, contemplative imagery of Hou Hsiao-hsien or Tsai Ming-liang . Thanks in no small part to a sizzling female ensemble (actressexuals: take note), director Ya-che Yang’s third feature shows a snappier side of the island and thoroughly entertains.

Set in the indeterminate past in the tropical metropolis Kaohsiung, the story centers around Madame Tang (Kara Wai) – who ostensibly runs an antiques dealership but mainly acts as a go-between for dirty businessmen and crooked politicians – and her two daughters Ning (Ke-Xi Wu) and Chen (Vicky Chen). A typical gathering at the Tang’s would see developers, city councilors, government officials rubbing shoulders with one another or – in a more innocuous version, the wives of the rich and powerful would sit down for tea with Madame Tang, chatting about art and fashion while secretly making sure bribes are secured and deals done.

An early scene featuring such a group of classily dressed women sharing a laugh at an afternoon party perfectly illustrates the rules of the game. Amid the chitchat and fake smiles, every word, gesture, look is code. Nothing must be said yet everything will be understood.

Obviously something went wrong, though, as the local bank director, who we’ve just seen mingling with other house guests, is killed one night along with his entire family, leaving behind only the young heiress Pien paralyzed and comatose. As police investigations deepen, an ever uglier history of greed and perversion surrounding the Tang’s would bubble to the surface.

Yang’s script is part whodunit, part family drama, and – as some famed recent Korean exports like Mother or The Handmaiden do – it gets pretty twisted. The portrayal of a culture of collusion, whitewashed through refined festivities and neighborly socializing, is convincing in its casual specificity. Not only does it offer the kicks of entering a world of high-society criminality, it puts you in the mindset of those who live by pleasing everybody in order to suck each one of them dry when the time comes. The constant deceit, ruthless calculation and utter lack of goodwill manifest themselves also in the central mother-daughter relationship and suffice it to say, it’s messed up.

Kudos to Yang for writing such mean, tragic, meaty roles for women, and his fabulous cast didn’t disappoint. Veteran Hong Kong actress Wai delivers a sensational turn as the conniving, intimidatingly resourceful Madame Tang. Speaking Mandarin, Taiwanese, Japanese and her native Cantonese, which in itself fills in a lot of blanks with regard to her character’s back story and tells you something about her ambition, she nails that weaponized graciousness which is always becoming and just one note away from menacing. Courteous, seductive, carelessly nasty (she calls her two pups “Little Moron” and “Big Moron” with genuine fondness), it’s exactly what a larger-than-life creation like this deserves. And wait until you see her literally drop the mic at a karaoke bar on some fool who dared to blackmail her – patiently, leisurely, witheringly, like a boss.

Wu, who first came to our attention last year in The Road to Mandalay, shows exciting range the absence of which we bemoaned about in that review. As the adult daughter Ning, she goes from playfully loose – a well-trained sidekick to her mother’s schemes – to self-destructively sad – a wreck after a lifetime of psychological abuse. It’s the most outward performance in the film that gets the vicious dynamics at work just right.

14-year-old Chen, who broke through this year with her starring role in Venice competition title Angels Wear White, is also solid. Playing the baby daughter and new favorite accessory of Madame Tang, she initially appears to be the demure, more or less sane one of the family. Of course that’s until secrets about her upbringing are revealed and we realize her account of the events might not all be true. Layered and contained, her presence adds a tricky sense of normality to the equation.

With some plot details unresolved and a dramatic epilogue that feels somewhat forced, The Bold, the Corrupt, and the Beautiful didn’t find the most inspired ending. That said, this sumptuously produced, meticulously plotted and deliciously acted cautionary tale provides a riotous, fun time. We’ll be watching out for what Yang does next.

The Bold, the Corrupt, and the Beautiful premiered at the 2017 Busan International Film Festival.