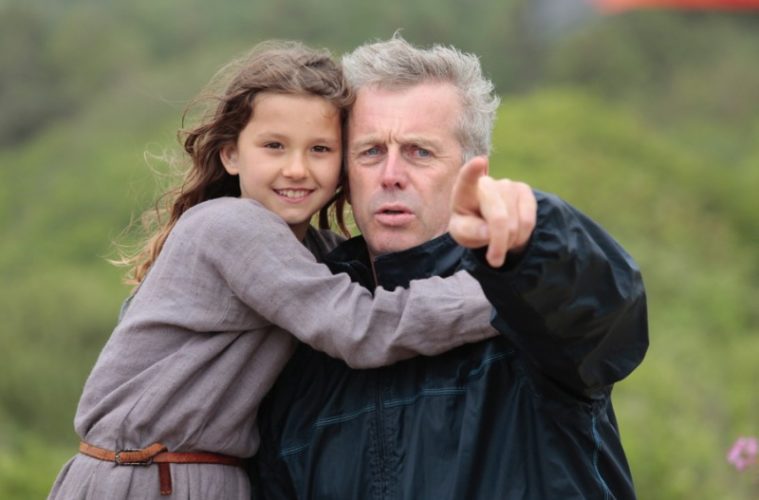 Bruno Dumont on the Rhythm of ‘Jeannette,’ Evolution of Style, and the Actor’s Interpretation

At a distance, Bruno Dumont seems hard to pin down — a filmography alternately hilarious and horrifying, marked by a sense of humor as stone-faced as the bodies that litter it. Get closer, though, and the pleasure is in the clarity. Case in point: we ended our review of his latest film, Jeannette: The Childhood of Joan of Arc, by noting that the Frenchman had “made a gesture towards complete reinvention, both for a tale told many times and the boxes he’s been checked in as an artist” — seemingly big as far as these claims go, but one for which he has only absolute agreement. So I learned when we sat down to discuss his Joan of Arc heavy metal musical, a film I kind of had to ask him about because (and I know this directly contradicts what’s written right above) I have questions about the fact that I’m not even sure how much I like it.

Thanks to Nicholas Elliott, who provided on-site translation.

The Film Stage: In my research, I come across your great admiration for Péguy. You speak of him in very laudatory terms, the essential part his writing played here; but I think of Bruno Dumont as a very singular figure. So is there a sense of giving yourself over fully to an artist, or more than you’re used to?

Bruno Dumont: With Péguy, really, there’s a discovery that goes beyond the artist and poet. What really moves me most is the philosopher Péguy. It’s an extremely contemporary thought of the human condition, and there’s no correspondence among philosophers today. I really see his thought as a thought of the present, the instant, and grace which has no lineage in western philosophy, so he’s completely in the metaphysics of Bergson, but he’s also embodying philosophy in art – or art is the embodiment of philosophy. Bergson remains a philosopher, whereas Péguy takes this additional step – he’s the artist as philosopher, and he really describes, defines, cinema. Cinema is the overwhelming, lightning-like expression of the present through a heroic figure, and Joan of Arc is a heroic figure. The fact is, you can have the experience of God in cinema and in the location of the simulacram of cinema.

So, if I talk to the little one about all this stuff, she’s not going to understand anything. Once the director has the understanding, then the actor has the action. The actor is only in action. It’s an error to talk to the actor about thought. The actor is an interpreter. He’s not there to meditate; he’s only there to act, as in “do things.” Otherwise, it would be unbearable.

You said the young Joan, in auditions, was wild and impulsive. How do you know that will be good for a production?

In fact, I filmed the casting. I make my choices based on seeing the rushes of the casting; that’s when I say “yes.” It’s not the interview with the actor; that’s quite banal. “Cinegeny,” or whether someone reads well on film, is something that I see, and something that some people have and other people don’t. I don’t know why that is, but that’s what I see when I look at the rushes.

You described her recitation of the material as obscure. What are the specific pleasures of obscurity in performance?

What’s obscure is the meaning; what is not obscure is the rhythm. The little girl understands the rhythm of Péguy’s text; she doesn’t understand the meaning. Myself, there are passages that I do not understand at all. Péguy’s poetry is rhythm. The meaning is not important. It’s a theologically obscure text, and what’s important is something that’s tonal, musical. There’s a kind of knowledge there that takes us towards a mystical, ecstatic level. It’s like when you listen to music there. There’s no meaning there; there’s something there that has nothing to do with thought, that has just purely to do with the domain of music. And I just want to correct something that I said earlier, for your tape: I said he’s tonal, music etc. It’s not that there’s a knowledge; there’s no knowledge, whereas there’s something mystical and ecstatic.

I’d like to know about the key differences between shootings on sets and locations.

And I accept the happenstance; I need it. It gives the film texture, and that’s why I use direct sound: I take what happens, whatever comes. In those circumstances, what wasn’t planned for is part of what was planned for. I can always cut, after all. I have this little girl’s breath, I have her heartbeat, and these take me back to something that is non-thought, and is a kind of counter-balance to the artificiality. As I was saying earlier, there’s an equilibrium that needs to be found. If we did all these things inside a room, it would very quickly become unbearable. That is Bergson. That idea is Bergson.

It was recently announced that you’ll be doing a sequel to the film, titled Jeanne. This follows your upcoming sequel to Li’l Quinquin. Your movies often feel closed-off, singular, so what is your particular attraction to continuing narratives?

I find the subjects so unimportant. It’s like in painting: you can make something grand, major, with just a little crossroads in the countryside. The subject is so unimportant. I was very interested in a series, to come back to something. So, in Quinquin, I come back to my characters four years later. So there’s the same actors, the same characters, then something else. That’s exactly what I think of cinema: it’s always the same director making another film, so there’s always some same and some other. I’m always making The Life of Jesus, actually. But my style has evolved, my sensibility has evolved, so now, when I see The Life of Jesus, I want to recut it. We continue making films because we evolve. There’s no reason to say “I’m going to stop” because we’re constantly evolving.

You’ll be making a film based on the period that we do know. What material, in particular, do you look at when going there? Are you particularly conscious of the many great filmmakers who have explored it?

The second part is the battles. What I’m interested in is finding a way of renewing the battles, a new approach to the battles. We’ve seen lots of films that deal with the battles – most of them start there and then go to the trail – so what I’m looking for is renewing it, a new way of showing this part with a contemporary sensibility and make Joan of Arc felt today. I think I’ve found a new way to show these battles. I’m not going to shoot like Cecil B. DeMille, that’s for sure – but I do like Cecil B. DeMille.

Do you have a favorite of them?

[Laughs] I really like Cecil B. DeMille. His Joan of Arc looks like she’s 40. That makes it very original, actually.

While I’m here, I should mention that I’ve long been fascinated with the song from L’il Quinquin. Did you write it?

No. The actress wrote it, music and lyrics. I kind of held her in as far as the genre of the music – I steered her.

Admittedly, there’s not much of a question. I just feel that, if I sit before the man who directed those sequences, I should mention it.

Then you’ll be surprised by version two. Specifically in regards to what you’re mentioning, the song – and the singer. [Laughs] She’s dead.

Jeannette: The Childhood of Joan of Arc opens on Friday, April 13.