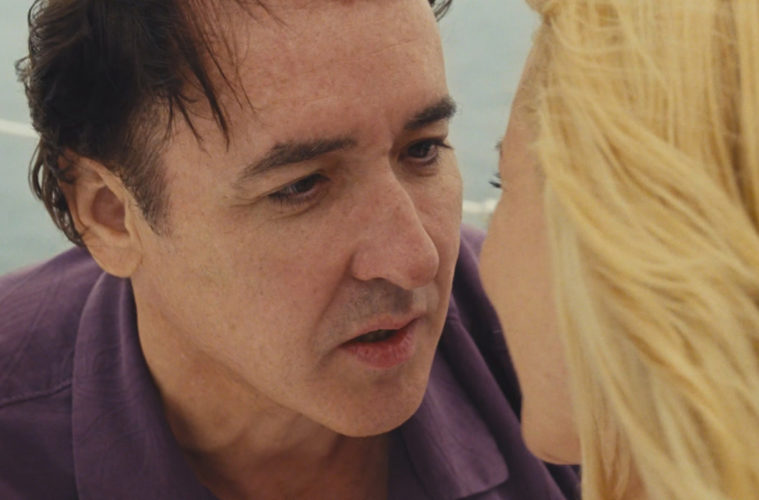 Brian Wilson is one of those human beings who needs no introduction, but always deserves one. In short, he’s a definitive musical genius, having assembled one of the nation’s finest pop bands, The Beach Boys, and then composing the greatest album ever made, “Pet Sounds.” His artistic career is as rich with grade-A tunes as it is dramatic, having lived a life of wavering psychological influences, but finally achieving the peace that allows him to still create today.

Wilson’s life is the narrative of director Bill Pohlad’s non-chronological biopic Love & Mercy, which flashes back and forth through the songwriter’s life in two particular stages. Paul Dano plays Wilson during the time of “Pet Sounds’” and the following album that became a lost masterpiece until 2004 (“SMiLE”). John Cusack portrays Wilson in the late 1980s, a point in which the rock star had recovered from decades of substance abuse, but was now under the creative control of manipulative therapist Eugene Landy (Paul Giamatti). A dramatic chapter that leads to the composition of the film’s title song, this is when Wilson met his now-wife Melinda (played by Elizabeth Banks).

We got a chance to chat with Cusack and Wilson recently in a roundtable interview with other Chicago journalists, where we touched upon the origins of Love & Mercy, the artistic connection Cusack feels with Wilson, their current creative goals, and more. Check out the full conversation below.

How did this film project come about?

John Cusack: Brian and his wife Melinda had been wanting to see a film about his life, and been working on a script for about ten years. And Bill Pohlad came on, and they approved his ideas. Then I heard they were making it and said that I’d love to read for it, I thought that this was kind of a once-in-a-lifetime opportunity, and I went after the part and was lucky enough to get it.

John, what aspects of Brian’s songs do you love most?

Cusack: The continuation of the Phil Spector sound, and that he transcended what Spector did, and those harmonies. All of the music is so special, but I think “Pet Sounds” and “SMiLE” is his creative apex, but I think everyone recognizes that. Those really blew my mind.

You’re both prolific people in your respective fields, with your numerous film roles, John, and then there’s the touring and recording that Brian does. What interests are currently driving your artistic endeavors?

Wilson: For me, musically, I plan to do a tribute album to the rock and rollers like Chuck Berry, Little Richard, Bill Haley, and Paul McCartney. A double album, 24 cuts of solid tributes.

Cusack: I want to make a movie on Edgar Cayce, I’ve been developing that for a long time. He was a a guy who was kind of a mystic. And I’ve got other things that I’m working on writing and doing. But mostly, there’s no reason for me to be in the film business anymore unless I can do a film like this, with a guy like Brian. Because you come in and out of vogue, it’s a real tough business. But to play Brian was very special – Brian is a genius, and I don’t use that word lightly – every artist feels such a conflict between the business side and the creative exploration. Every artist feels the, “Hey, you did Say Anything…, well do it again!” And you want to go do a new thing. Like Bob Dylan or The Beatles, Brian explored at such a high level that it’s staggering to think of. Every artist can relate to that, even if we don’t have the gifts that they have. We want to do new things, and it’s a delicate thing to create, and everyone is trying to format you, and put you in a box. But [Brian] blew the box wide open. And if you think about the Beatles, there’s George Martin, and then they had Lennon, McCartney, and George Harrison, and they had all these people to create these new sounds, but there was Brian, one man with one ear, who did all of those things. It’s a great honor to try to capture that.

Wilson: I’m still creating. I’m not in the studio at the moment, but I’m still formulating songs in my brain. It never went away. It’s always been there, it’s always in my head.

Cusack: Do you think doing “SMiLE” at the Royal Albert Hall, did that change something for you?

Wilson: That made me very relieved how much the audience loved it. Very relieved.

John, how do you identify with Brian?

Cusack: As an artist, you’re trying to create a mood of soul, or intuition, and it’s a very delicate thing. And you have a lot of people around you who are trying to turn it into a profit. Theres’s a pull there. I think Brian is such a big, pure heart.

John, you’ve played historical figures such as Edgar Allan Poe and Richard Nixon in previous films, but now you’re playing someone who is very much alive and creating tremendous things. How did this factor influence the way in which you prepared for the role?

Cusack: Because I could talk to him and ask him questions. I got to talk to Melinda, his wife, and all of the musicians that have worked with him. What I didn’t know about was his relationship with Dr. Landy, and he was gracious enough to talk to me about it. And I had to ask him some questions that he may not have wanted to relive, but he wanted this to be true.

Love & Mercy has some wonderful scenes of Brian in the studio, putting together the pieces that led to “Pet Sounds.” Throughout the creation of that album, was there any song that came to you easier than others?

Cusack: What’s the one you wrote in 15 minutes, the classic?

Wilson: “God Only Knows.” Fif-teen minutes. It came faster than any song I ever wrote.

How has your studio process changed, from “Pet Sounds” to now?

Wilson: I’ve slowed down quite a bit. It’s more noodling.

What is one album that you think people should listen to most to understand what you wanted to do with your music?

What about you, John? A Beach Boys song or album you think is particularly underrated?

Cusack: What I would say is, I heard an interview with Crosby, Stills & Nash. They were talking about “Don’t Worry Baby” and some of those songs, and this was around the time when the manager of the Rolling Stones heard “Pet Sounds” and he put up this thing that said, “This is the greatest album ever written,” and Crosby, Stills & Nash said that they heard the album, and said, “I give up. I can’t do this. I can never do this.” So if you just listen to the layers of the harmonies, and how those were constructed, those blow my mind. But I think everyone who loves art should listen to the “SMiLE” sessions record; listen to the album and then listen to the construction of that album. You’re in real time, with him, and you can hear him put a layer together. And remember, to get that sound to appear, before ProTools, you have to have all those set musicians and the orchestra. But he has it in his head. You hear him in his full creative element, and that is a great gift to the world.

Love & Mercy is now in limited release and will expand in the coming weeks.